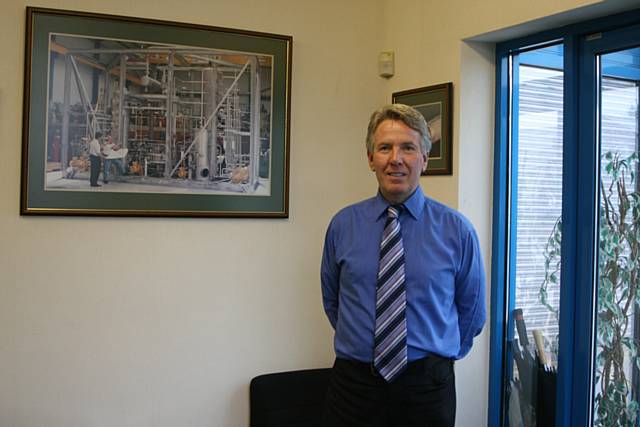 Gilwood Fabricators in Heywood was set up in 1964 by Luke Gilmartin and his partner Mr Heywood.

Gilwood is a family run business and is now run by Luke Gilmartin’s sons Peter, Chris and Kevin.


Peter, 53, started working at Gilwood with his dad when he was around 15 years old, and is now also fortunate to have his son John on board. Peter’s brothers, also directors at the firm, have welcomed their children into the business too.

Gilwood has 40 members of staff and following rapid expansion during the nineties is one of the leading fabricators of stainless steel.

The company now works heavily in the production of equiptment for the chemical industry, including, the pharmaceutical sector and the nuclear sector.

The skill level at Gilwood is of a very high standard, both in terms of people and equiptment. The firm has heavily invested in the latest equiptment and technology to put them ahead of their competitors – one such piece of machinery enables them to cut through water as well as using the latest Computer Aided Design software.

Luke Gilmartin was still working part time for the company at the time of his death in 1992 but Peter is certain his father never expected the business to be as large and successful as it is now.

Peter said: “Any businesses growth can be restricted by its director because of the risk element, my father was quite conservative but starting the business was the hardest bit and he did that. He will have seen hard times and aired on the side of caution.”

Speaking about the achievements of Gilwood, Peter said: “Being able to expand, have another factory with a bigger capacity and being able to update the equiptment has been a real achievement.”

Peter explained what he enjoys about being a director at Gilwood, “There is always a new challenge, and there are always problems that need solving.”

When asked what the future holds for Gilwood, Peter said: “Hopefully we can grow further and prosper for future generations – obviously we will keep improving the processes as we go along.”