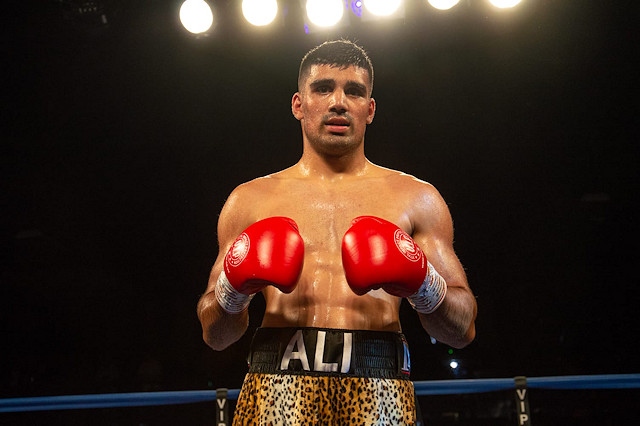 Rochdale boxer Muhammad Ali made history on Saturday (15 September) after winning his professional debut as the first UK boxer with type one diabetes to fight.

Ali couldn't have asked for a more perfect beginning to his pro career, as he defeated Andrej Cepur on points after four rounds at Victoria Warehouse in Stretford.

Following a three-year battle, Ali was granted a professional licence by the British Boxing Board of Control (BBBofC) in May 2018.

Ali had previously had his application for a professional licence turned down by the BBBofC as a result of his medical condition, which runs in his family.

Type one diabetes is an autoimmune disease that occurs when the body is unable to produce insulin, the hormone that controls the amount of sugar in your blood. It requires regular administration of insulin either by injection or by insulin pump.

Ali was previously told on several occasions by the Board that checking blood sugar levels during a fight would be ‘too disruptive’, despite contradictory advice from England Boxing, the national governing body for boxing, which says 'if a boxer has controlled diabetes, he or she may box'.

With the support of his manager, Asad Shamim, and medical doctor, Ian Gallan, a leading diabetes consultant in the UK, the decision was overturned.

Speaking of the fight, Shamim said: “It was a phenomenal win for Ali.”

Ali will next be in the ring on 17 November.