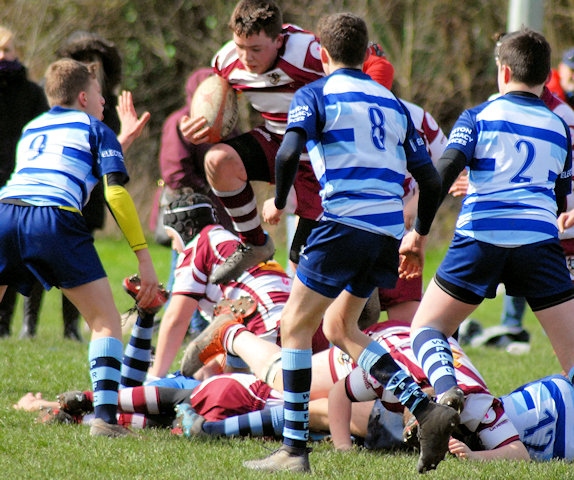 Rochdale RUFC under 14s welcomed Winnington Park under 14s to Moorgate Avenue for the first time on Sunday (24 March) in what proved to be an evenly matched and well contested game.

Rochdale were still in training mode when Winnington fielded the kick off and ran through some fairly lacklustre tackling. Only a combined effort from Mitchell Holt and Ollie Simpson at full-back snuffed out the opportunity.

This was to be the first of several try-saving efforts from Simpson.

Having put the lethargy behind them, Rochdale gained field position with a couple of strong runs from James O’Connell, which set up James Tasker from five metres who stepped past his opposite number and crashed over, Holt converted. 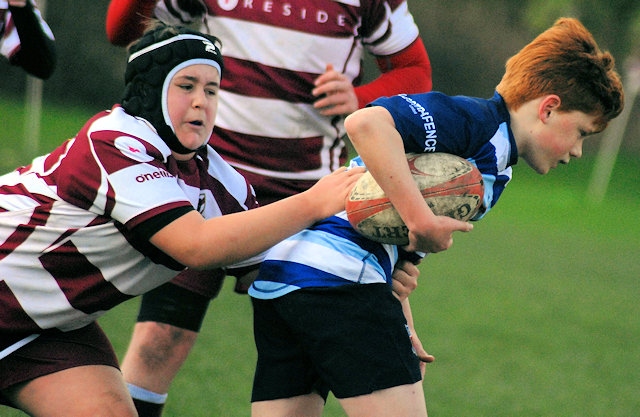 Even though the kick off was fielded, some sloppy handling allowed Winnington to camp in the Rochdale 22 and, after some good running and handling, the winger out-flanked the Rochdale defence for an unconverted score.

From a scrum in the Winnington 22 Rochdale broke on the blind side and, after several phases, won a penalty which Garrett Myers took quickly and barged over. Holt added the extras from the touchline.

Again, Rochdale were guilty of not clearing their line after the restart and again Winnington made them pay.

Winnington’s handling was excellent and they moved the ball from side to side before finally finding the gap in the defence and the strong running prop burst through to score.

The score at half time was 14-12 and there was a feeling that, having played with the wind, a 2-point lead wouldn’t be enough for Rochdale.

The second half was end to end but Winnington were the first team to take the initiative; they moved downfield using their strong runners and capitalised on Rochdale errors.

After some very solid defending, Rochdale ran out of numbers up the blind side and Winnington scored in the corner.

Rochdale were finding it difficult to exit their own half by kicking as the wind was taking its toll. So, from within their own 22, a succession of drives took play up to half way where quick ball allowed Will Simmons to cut through the defence and set up a ruck just outside the opposition 22.

The Winnington defence were guilty of coming up too quickly and after some back chat, found themselves marched back to 10 metres from their line.

After a quick tap and several more pick and drives Myers was on hand to drive through the last defender and score what proved to be the winning try. 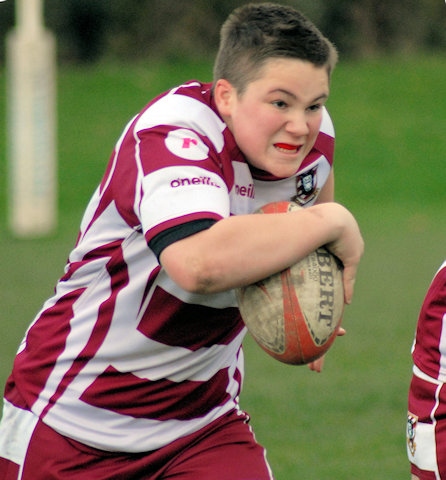 Some excellent performances from Nick Wright and Ben Sunderland in the back row and the midfield tackling stood out. Man of the match went to Zac Baker for a complete performance at scrum half; tackling, running and moving the ball around.