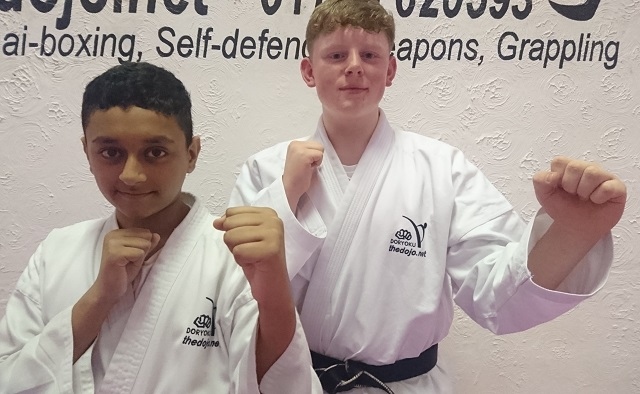 Hassan Anwar and Ethan Hulse are the latest members of the DOJO Karate Centre to achieve the highly sought-after black belt standard.

Sensei Irfan Ansari said: “Both have worked extremely hard to reach this standard.

“Hassan, despite being unsuccessful previously on a couple of occasions didn't give up and got there this time.

“I'm however, even more pleased with Ethan's performance.

“Reaching 2nd Dan in our system is difficult, Ethan has grown into a mature and responsible young man who has developed the skill for picking out the detailed but subtle coaching points that have resulted in the desired performance to achieve 2nd Dan.

“They will both be focusing on their GCSEs now and I would like to wish them both the very best of success in their studies and continued progression in Karate.”