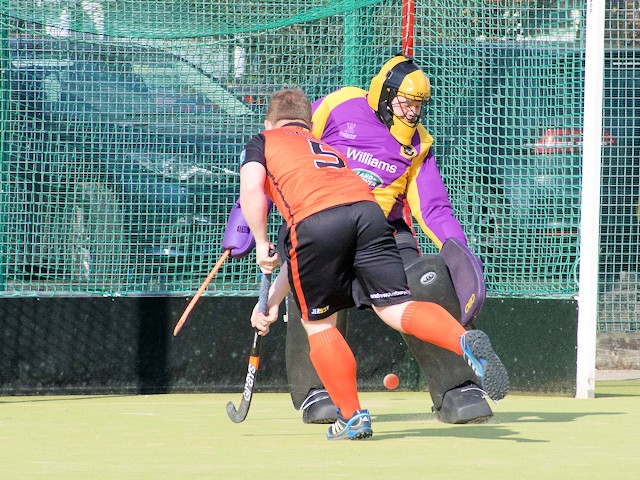 The first attack was in Rochdale's favour with some good quick through balls finding the wide right forward, though the square pass didn't quite sit right for Sean Carney after it deflected off a defender.

It was all downhill from there for Rochdale, who were clearly missing key players due to the fixture being re-arranged, as South Manchester woke up and started to dominate the play.

Their hunger for goal was soon satisfied as they found the back of the net three times with some well worked moves. Determined to get something from the match, Rochdale kept putting the effort in and managed to threaten a little on the counter, winning a several penalty corners. One of these was converted as Tim Liptrot filling in well at D top, found Graham Broadley for a deflection which looped past the keeper and span into the bottom corner. Rochdale went in 3-1 down at half time, but with a potential lifeline.

The next goal was going to prove crucial and Rochdale kept threatening to score it with some good D penetrations aided by the persistent Bjorne Brauns and the energetic and confident Andy Meanock. Unfortunately Rochdale were caught out on the counter and conceded to make it 4-1.

Rochdale became a little deflated as it made no difference to the final league position of 3rd whether they won or lost. A few changes were made and Rochdale kept fighting and looking to get more goals but it would prove beyond them as South Manchester added another two.

There was one final goal for Rochdale as the midfield played a few simple balls to set up a counter attack after a turnover in possession, with the ball being played quickly from the centre, to wide right before coming back in to find Carney, to apply a calm measured finish from an experienced forward between the keepers legs. Final score 6-2 to South Manchester.

Captain Dean Close said after the game: "Today was a tough game and we started badly. I'm proud of the way the lads dug in though to get something out of the game. It's been a good season with everyone saying how much they've enjoyed it, not least because of how much we have improved under Aasim Choudry. A big thankyou and congratulations to Mike Bohanna who passed his umpiring assessment today and is now a qualified level 1 umpire.

"The Flying Horse Man of the Match went to Graham Broadley for putting in a good shift at centre half, inside forward and right forward as well as scoring. It's been brilliant this year, I'm looking forward to a short break before coming back refreshed and enthusiastic for pre-season in a short while."