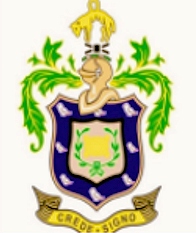 Two weeks into the season and with two games going to the last two balls of the game, supporting Rochdale Cricket Club may be bad for your health.

Unlike last week however, when Rochdale were able to rejoice at a win they returned home from Church on Sunday on the wrong end of a tight finish. Church, 12 points beat Rochdale, 1 point, by 5 wickets.

And when calm analysis is applied to the circumstances of their defeat Rochdale may come to the conclusion that they were the architects of their own demise.

Having been inserted on a pitch offering assistance to all types of bowling, Dale recovered from the early loss of Jack Duffy thanks to a 97-run partnership for the second wicket from Andrew Dawson and deputy professional Awais Zia, and even when Dawson played over the top of a ball from off spinner jack Gaskill, Dale’s steady progress continued.

That is until, with the score on 132 for two, came the collapse.

Rochdale lost five wickets for five runs, and a position of strength was converted to a virtual ruin almost at the drop of a hat, a remarkable decline even for Rochdale’s fragile batting, and it was left to their last pair, Jamie Roche and Steve Oddy to demonstrate the value of common sense and patience at the crease.

They put on 25 for the last wicket, using up all the remaining overs bar two balls of the last one and the final score of 179 gave them a fighting chance.

The required run rate crept ever upwards and with five per over needed, Levi Woolfenden, Church’s captain took action.

His four overs yielded 32 runs mainly via a series of sixes despatched over the short leg side boundary.

Stuart Crabtree had anchored the innings and although he and Woolfenden both fell on 156, Crabtree to Duffy’s second excellent catch of the day, the home team needed only 24 from six overs with six wickets left.

But Church’s later middle order performed hardly any better that Rochdale’s had, only keeping the scoreboard moving with a succession of inside or outside edges and some risky running.

Two were needed off the last over.

Another single left one required for victory and there were only three balls left when Philip Gilrane, in panic mode, swiped at Zia, made contact via an inside edge straight to Haris Hussain at deep mid-wicket, who curiously had not been brought in to save the single and the batsmen ambled through for the match winner.

This weekend Rochdale stage a double header at Redbrook.

First up on Saturday 4 May are Nelson for the first round of the Worsley Cup then on Sunday 5 May Dale return to league action when Burnley are the visitors.

Rochdale are still without their professional Ed Moore, who is due to arrive in time for next week’s fixture against Walsden.

The former Hampshire all-rounder Sean Ervine stands in for Moore in both games, which start at 1.00pm.