You are Here: Home » News » Sport News » Cricket: Heywood fail to build on solid start with bat and ball

Cricket: Heywood fail to build on solid start with bat and ball 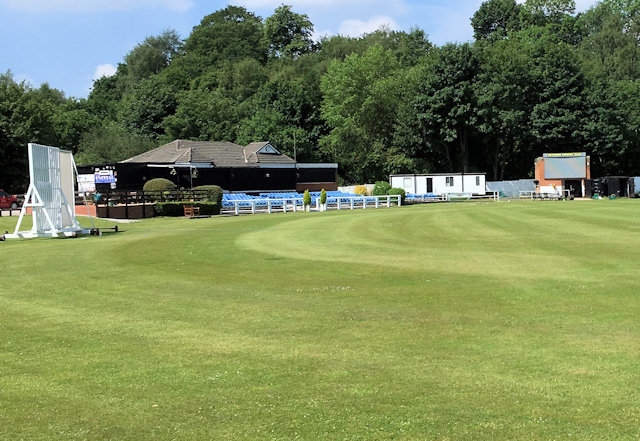 A sting in the tail in both innings saw Heywood Cricket Club slip to defeat against Glossop on Saturday 4 May in their second completed match in the Greater Manchester League.

Heywood, however, were in with a real chance of chasing down the target when they reached 134-4 in the 37th over, with Andy Dawson and skipper Sean Burrill having put together a partnership of 55.

But both were to fall within the space of seven runs, Dawson for another accomplished contribution of 42 and Burrill for 22 as the wheels came off.

Three wickets went down with the total on 141 and the home side eventually limped to 156 all out and, what looks on the face of it, a comfortable 37-run victory for the visitors.

It leaves Heywood with one victory in three completed matches – the scheduled second game at Moorside was washed out – and realisation that life in Division 1A is going to be a challenge.

Heywood’s attack, competently led by Simon Dawson and Cav Hilton, did well to contain the early part of the Glossop innings.

Hilton claimed the valuable wicket of Dale Pennington, lbw to a delivery that looked to keep low. And when Dawson produced a beauty to clean bowl George Dyson the visitors were 30-2 after 10 overs and struggled for some time to increase the scoring rate.

Steve Bates and Cameron Ball played watchfully in their third-wicket stand before the former collapsed to the ground setting off for a single. He was helped off and ruled out of the rest of the game with what transpired to be a torn calf muscle after making 21.

And after professional Alex Browne was caught behind by Wes Hunt off Jack Morley the visitors were 108-3, effectively four wickets down with little more than 13 overs left to play with.

But Ball led the charge to up the scoring rate with 51, number eight batsman Alex Coates contributed a belligerent 23 and Glossop made the most of their remaining deliveries to post their significant total.

A telling partnership in reply from Heywood’s top order was needed but only James Kettleborough managed to stick around as wickets fell at regular intervals.

Bobby Cross was bowled by Ball for 12 after an opening stand of 29; Jack Morley fell in similar fashion to off-spinner Will Hargreaves for 10; and professional Faisal Iqbal was trapped lbw by Rob Adderley for a duck.

And the situation became worse when Kettleborough, again looking classy after his unbeaten 69 at Denton West in the opening fixture, was cleaned bowled by the toiling Adderley for 41 to make it 79-4.

That paved the way for the Andy Dawson-Burrill partnership and both were pro-active in threatening to turn the match around.

Dawson continued his impressive start to the season and Burrill was in equally forthright mood, as the duo put together their 55-run partnership from just 56 balls with the momentum looking to have swung in favour of the home side.

That was until Oliver Kenyon came into the attack to make what was the final and decisive telling contribution.

After Hargreaves had bowled Dawson, Kenyon had Burrill well caught on the long-on boundary from what looked to be a sweet hit, then cleaned up Hunt and Simon Dawson in double quick time as Heywood subsided from 134-4 to 141-8.

There was no way back for Heywood as Kenyon claimed his fourth victim, Mikey Grogan, and Dominic Fawcett was bowled by Ball to administer the last rites.

There were plus points for Heywood. Simon Dawson and Morley claimed seven wickets between them – although the latter bowled a tad more loosely than he would probably have liked – in the Glossop innings, then Kettleborough and Andy Dawson stood out with the bat.

But it was a fruitless day for new professional Iqbal, who did not get a bowl and lasted seemingly only moments with the bat.