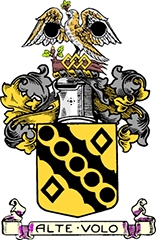 A double-century opening partnership between Bobby Cross and James Kettleborough set up a 107-run Heywood victory at Flowery Field on Saturday (22 June).

Cross made a brilliant 124, his 24th three-figure contribution in an exceptional career for the club, and Kettleborough underlined his quality with 87 as their stand of 201 set up a total of 252-9.

Then professional Faisal Iqbal got to work with the ball, producing a spell of six wickets for 45 runs, his best figures of the season as the visitors eventually subsided for 145.

It was a vital fourth successive league victory for Heywood and lifts them to fourth place two points behind Division 1A leaders Glodwick, with the two teams facing a showdown at Crimble on Saturday.

Cross and Kettleborough were the catalysts for the latest shot-in-the arm, Cross outscoring his partner with an aggressive mindset while Kettleborough provided classy and solid support at the other end after seeing off an impressive opening attack of Michael Burns and Mike Finan.

Cross smashed five sixes and 17 boundaries, being particularly harsh on home professional Kurtlyn Mannikam on his league debut for the club, and when Heywood passed 200 in the 40th over there seemed the prospect of a total approaching 300 on a quick-scoring ground.

But once Cross went to a running catch by Burns off Finan at deep extra cover, after facing just 141 balls, wickets began to tumble.

Finan had been brought back into the attack to bowl his left-arm pace around the wicket, after going over the wicket in his first stint, and wreaked havoc in a remarkable six-over spell.

Iqbal and skipper Sean Burrill quickly went for a single apiece, Kettleborough was trapped lbw just 13 runs short of his century – and the rest of the batting order crumbled.

So much so that Finan finished with figures of 7-48 to help restrict the visitors to 252-9 leaving a suspicion that the home side might just have a reasonable chance of chasing down their victory target.

But Heywood’s spinners, and Iqbal in particular, put paid to those hopes.

Iqbal and Jack Morley teamed up, after Cav Hilton had made the opening breakthrough by bowling Steve Wharton for 10, only for Finan to underline his all-round qualities when joined by Mannikam.

Both lived dangerously as they went on the attack and, at 79-1 in the 15th over, Flowery Field were up with the asking rate.

But Mannikam tried one aggressive hit too many and was bowled by Iqbal for 17, Finan on 54 lofted a catch off the same bowler to the long-on boundary where Sam Byrne took a vital catch, and Heywood sensed their chance.

A fourth-wicket stand of 20 was ended when Iqbal bowled Sean Gibson around his legs, Morley chipped in to have the aggressive Burns lbw without addition to the total, and at 104-5 the breach had been made.

Jamie Garde and Ben Mason made a brief rally with a sixth-wicket stand of 23. But Iqbal continued his deadly spell to claim three more scalps, while Mikey Grogan was introduced into the attack to claim a victim, too.

And the coup-de-grace was applied by Byrne, replacing Iqbal and bowling just one ball to take a slick return catch to account for Joel Ankers.