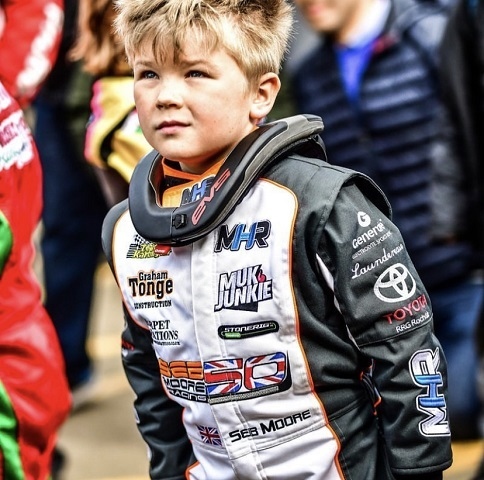 Rochdale karting sensation Seb Moore will travel north of the border to the newly revamped Larkhall circuit in Scotland this weekend (6 and 7 July 2019) for round four and the halfway stage of the 2019 BKC National Championship.

After a disappointing round one, Seb, eight, has bounced back strong in rounds two and three, with the last round being held in South Wales at Llandow.

The Newhey Primary School pupil had a phenomenal drive coming in as the second highest overall point scorer and top rookie over the two heats and race final out of the 20-strong drivers.

With the step-up in class this year, there have been many ups and downs along the way, but Seb has kept his focus and not given up, which has seen him leading races at the last round against the best drivers in the country.

Seb has gained a large following and is steadily rising as he follows his dreams to become a professional racing driver; local support has been spectacular with a lot of people getting behind him.

After round one, many people wrote Seb off, but self-confidence, belief and a desire to win has seen him really up his game. 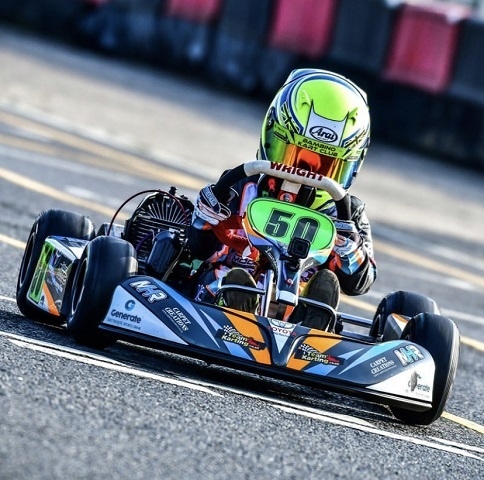 Seb said: “I started the season with a few problems, but my dad and I sat down and worked out where we were going wrong and have been working hard behind the scenes.

“The nationals are big events and a lot of pressure, but I like the pressure and it makes me faster.

“Some drivers are in their third year in this class so they have a lot of experience, but I still think I have the speed to be on the podium.”

Following a family holiday to Spain in September 2017, Seb tried his hand at the local kart track on the hire karts. He instantly became hooked and the journey began.

On returning, Seb attended Team Karting in Rochdale where he began to learn the art of karting.