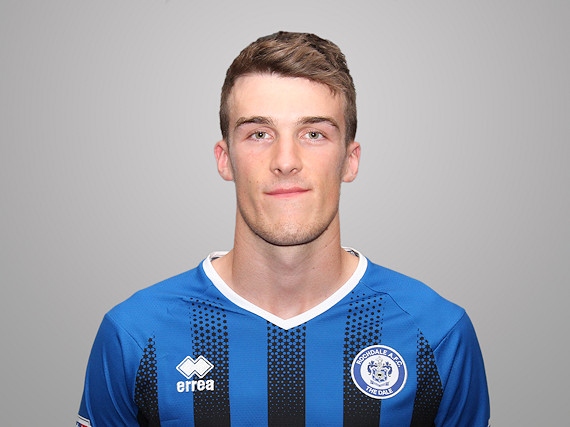 The 22-year-old, who has yet to feature for Dale this season, joined the club in January 2018 and has gone on to make nearly 60 appearances for Rochdale since then.

“Ryan is a very valuable member of our squad and someone who is a valuable asset to our club,” said manager Brian Barry-Murphy.

“This move has come about due to circumstances at the other club, and rather than having Ryan here waiting for an opportunity, I thought it was the right circumstances for us to allow him to go and experience games in the same division that we play in, aiding his development. It’s imperative that he didn’t suffer because of a lack of game time.

“From a selfish point of view, it would have been easy to keep him here and keep him waiting for his opportunity, which I’m sure he would have taken once he came into the side, but I think this is the more proactive approach for the player himself.

“The most important thing is that Ryan is going to a team that are strong in this division. That is going to be a positive for his development.”