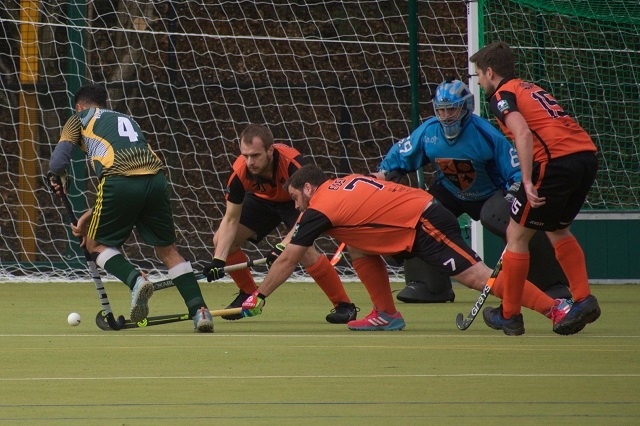 Rochdale Men's Firsts went into this game hoping to get their season off the ground after two losses in two games.

Playing against Leigh Manchester it was always going to be a tense affair and it did not fail to deliver.

Rochdale started well despite missing a few starters along with captain Michael Waddicor.

A young Rochdale team played some fine hockey and eventually broke the deadlock with a Dave Gowers diving finish from a James Shepherd cross with Barry Gumbley adding a second shortly after from a short corner.

Manchester however, were not going down without a fight and used some rough tactics on the young Rochdale side which culminated in Kieran Hunter being cut down by a Manchester player and ending up in hospital as a result.

This could have rattled the young Rochdale team, but being led by veteran Mark Eden, captain for the day and a couple of other experienced heads, Rochdale pushed on and added two more goals.

Aaron Hunter gaining some retribution for his brother added the third before the best of the lot, a real team goal started from the back with Eden and Gumbley to Rick Borrit before a slick one two between Hunter and Rob Lees with Lees finishing into an open goal.

Captain Eden said after the match: "This was a really disciplined performance and the young lads are really starting to show what they can do. The whole team should be proud of themselves. We defended really well against some excellent attacking players and scored some fantastic goals."

The Flying Horse Man of the match was awarded jointly to Luke Rosebury and Peter Ransome who ran tirelessly in the midfield for the team.