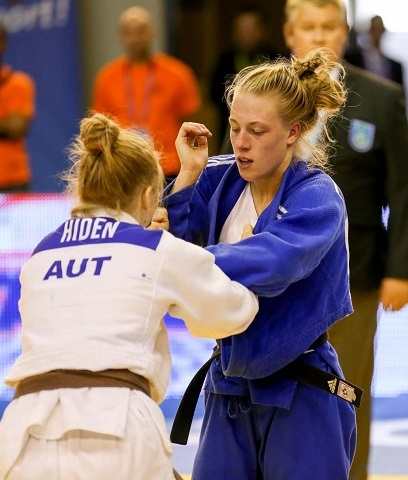 Coach Andy Merchant said: “On the way Isobel beat world ranking opponents, including Anna Ioannou from the host nation in the quarter final, the favourite Charlotte Von Leopoldt from Germany in a tightly contested semi-final and Verena Hiden from Austria in the final.

Isobel also represented England in the Commonwealth Judo Games in the West Midlands at the end of September and won the silver medal in the under 21s as well as medalling in her own category, under 18s.

Andy said: “After dominating the domestic calendar over the past 12 months, winning Wales, Scotland, Ireland and England Opens, this is Isobel’s best European result to date and now places her into the top world rankings in her age group.”

Isobel will next fight in Japan as part of an elite British team training squad.