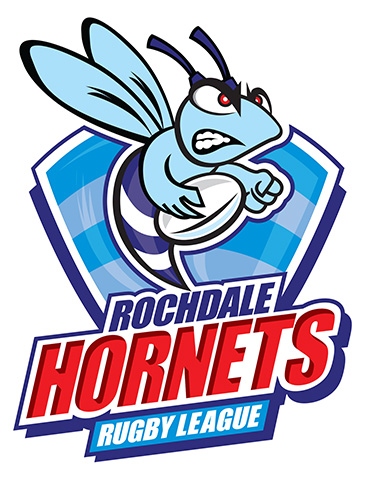 Hopkins, 29, began his career at Leigh Centurions, making his professional debut in 2011.

The Wales international helped the Centurions to promotion to the Super League, making 26 appearances in the top division in 2017.

The forward has also spent time at Wigan Warriors and Toronto Wolfpack, and made 23 appearances for Workington Town in 2019 alongside Sean Penkywicz.

“After talks with Andy Mazey and seeing what’s going on at Rochdale recently, I knew the Hornets would be a great fit for me," said Hopkins.

"I hope I can help them achieve all they want to this year. I’m very grateful for the opportunity and I really look forward to working with Matt Calland and getting stuck in with the lads.”

On the latest signing, head coach Matt Calland said: "I am really excited to get a player of Sam's experience.

"He has played at Super League level with Leigh, having played over 100 games for them.

"He has also played for Wales and his influence on what is a young forward pack will be invaluable."

As part of the move, Hopkins will develop off the field with his sponsors, SR Waite Group, working with Andy Mazey.

“I am really pleased Sam has bought into the exciting new era at Rochdale Hornets," said Mazey.

"It’s a big boost as the season fast approaches to have secured a player of his undoubted calibre.

“He is a big name having played Super League with Leigh and been with Toronto, and the Hornets supporters will love his powerful style and SR Waite are delighted to sponsor him.”