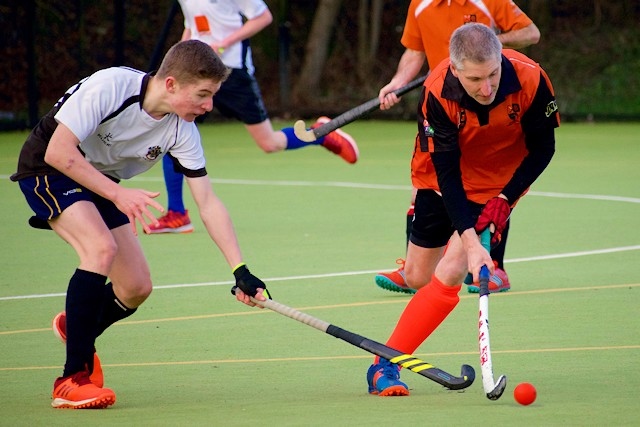 Rochdale were away at top of the table Wigton in Cumbria on Saturday (25 January) hoping to bring home 3 points from the 250 mile round trip.

Wigton started quickly straight from the off, looking for an early goal. They largely dominated the opening 5-10 minutes creating a few decent half chances but these were dealt with by Jimmy Deacy. Gradually Rochdale started to play their way into the game with some counter attacks which forced Wigton to back off a little. However it wasn't much longer before Wigton opened the scoring with a well taken goal after some smart passing play.

Rochdale's heads didn't drop however and they soon levelled with a fast counter attack finding Kane Morgan whose initial shot rebounded to Scott Hempsall-Jones to connect well enough to get it over the line. The game was back in the balance and could have gone either way, but it was Wigton who found the last goal of the half, bundling a cross in after a goal mouth scramble.

With the score 2-1 at half time it was all still to play for, with Rochdale changing a couple of players round to try and create more scoring opportunities. Unfortunately however, Wigton started the second half with the intensity they began the first but this time they found the corners of the net with more precision. The first goal of the second half for Wigton came within minutes of the restart after a D top cross found its way through for a spinning P spot deflection into the bottom corner.

Wigton's next goal came not long after with an attack down the left finding a forward wide in the D, who hit the ball from a tightish angle to slot it in the bottom corner. The final goal of the opening flurry for Wigton is probably a contender for goal of the season after one of their forwards had the ball smashed at his face from one of their youngsters, while wide and near the baseline, he calmly protected himself by deflecting it into the top corner.

Their was little anyone could do about it. With Wigton now 5-1 up the game was largely over, as Wigton became content to sit back and hit Rochdale on the break. To their credit Rochdale kept trying to get something from the game and were rewarded with a consolation goal from Adam Massey with a superb turn and strike into the corner.

However it was too big an ask for a Rochdale comeback, as Wigton's superior fitness and pace started to tell on the counter, with two more being added from quick breaks.

Rochdale captain Tim Liptrot said: "It was disappointing to loose by a big margin as we were still in contention at half time. Ultimately though they are a well organised team of athletic young lads who are top of the league at the over half way stage for good reasons. Well played Wigton, we just need to dust ourselves off for a home fixture next week."

It was a joint Flying Horse Man of the Match this week, shared between goal scorer Scott Hempsall-Jones and staunch full back Peter Rogers.