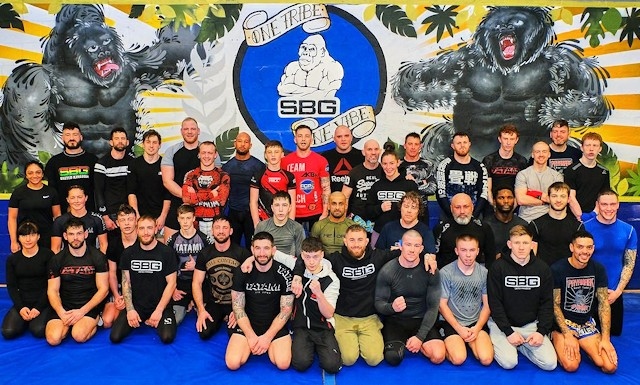 The launch of SBG Rochdale

The martial arts gym at the Full Contact Performance Centre on Queensway has been relaunched under the SBG brand.

Located within Ensor Mill, the martial arts teams have been part of the SBG International community as an affiliated training ground since 2014.

Now the martial arts section, including Mixed Martial Arts and Brazilian Jiu Jitsu, will all fall under the Straight Blast Gym banner as SBG Rochdale, whilst the fitness gym will continue as Full Contact. 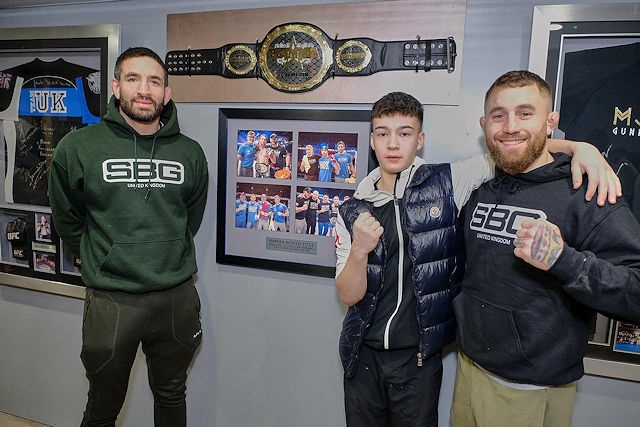 SBG originally began over 20 years ago, founded in Oregon, United States. Since then, SBG has grown to over 50 locations around the world and has produced multiple world champions.

SBG UK president Matt Inman came down as the guest of honour to seal the official relaunch on Sunday 26 January after weeks of hard work refurbishing and rebranding.

New changing rooms, shower rooms and toilets have been fitted alongside improvements to the martial arts facilities and combat conditioning room, built specifically with competitors in mind.

“SBG Rochdale is always welcoming to beginners and we will be announcing an open day in the coming weeks where beginners can come down, try out a free class and set some training goals for 2020.”