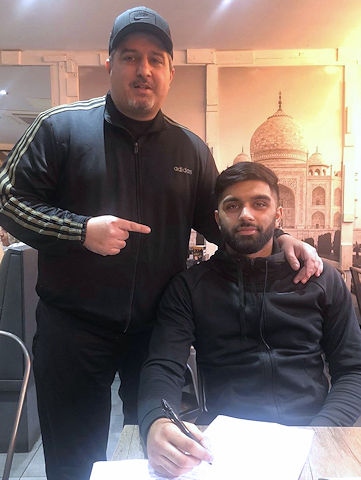 An amateur boxer from Queensway ABC has signed a professional contact with one of Tyson Fury’s boxing team.

Habil Khan, 22, has signed a contract with Asgar Tair after winning the North West regional title three times between 2014 and 2017, and reaching the semi-finals of the national championships in 2015/16.

His record stands as winning 14 of 19 amateur fights.

Manager Tair, who has been an assistant trainer for Tyson Fury and Billy Joe Saunders, said: “It’s an exciting signing as Habil has what it takes to really make some noise and also inspire local boxers from the area.

“After rest and repair, Habil has been training very hard and has sparred some decent pro boxers, which caught the eye of highly-rated trainer and former British/European champion Pat Barrett, who has invited Habil to his gym to train full time.”

Tair hopes Habil’s first pro fight will be around March or April.