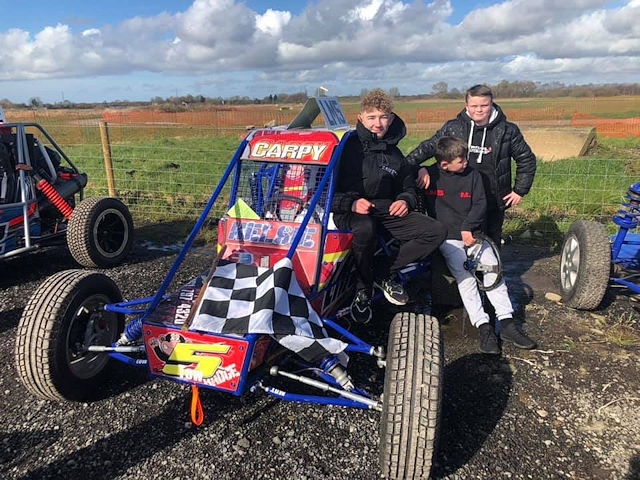 Mason will be going onto the track for the first time this weekend in a race car prepared by his grandad at Ace Training, Rochdale.

Last Sunday, Mason and grandad Steve and other Leewood motor club members proudly displayed their racers at City Airport (also known as Barton Aerodrome) in Barton-upon-Irwell. The event supported the veterans’ garage based at the airport.

Autograss is a non-contact motorsport that takes place on an oval (approximately 400 metre) track using a natural soil surface.

Leewood Motor Club was founded in the 1970s and was an amalgamation of Lancs & Cheshire Autograss and Leesona-Holt rally club. It is the only Autograss club in the Manchester area.