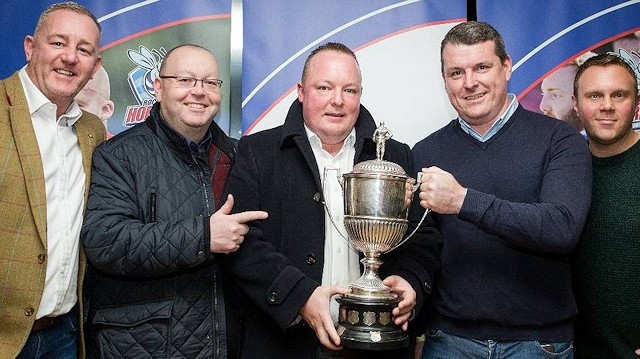 A special resolution was passed on 23 December 2019 to change the business model, following approval from 69% of the club membership to back the move.

New chairman Andy Mazey and directors Tony Sheridan, Richard Heyes, Peter Smith and Paul Ormerod - who has been the president of Rochdale Hornets for over 10 years - each hold a 20% stake in the club.

Over the past few months the application had been pending with Companies House, whilst necessary legal paperwork was completed with the Financial Conduct Authority. Throughout that period, incoming chairman Andy Mazey has worked closely with the now former chairman Alex Orange and club CEO Steve Kerr, to ensure a smooth handover.

Speaking on the completed takeover, chairman Andy Mazey said: “We are absolutely delighted to finally announce that the company conversion and take-over of Rochdale Hornets has been completed.

"On behalf of the board, I would like to place on record a huge thank you to the members who voted unanimously for this exciting new direction of travel for the club. Our thanks must also go to outgoing chairman Alex Orange and the former board, all who have been extremely supportive and involved in the transitional period.

"There is much work ahead of us and of course with the current situation surrounding Covid-19 we have had to work around this, however we remain excited and incredibly focused on forward planning to ensure progression on and off the field and with this in mind we look forward to rolling out more positive news stores in the weeks and months ahead.

"I’m a great believer that if you do things the right way, they’ll come good. There’s unity and a strong sense of community spirit here in Rochdale and the way we have been welcomed to the club by all has been extremely encouraging. With everyone on the same page and rowing together combined with the magnificent support of our loyal sponsors and partners, we are creating an ambitious and progressive club that the supporters and people of Rochdale can rightly be proud of. Now is not the time for anyone to stand down, on the contrary it’s time to stand up and stand tall as this journey is only just beginning.”

The club is planning to create a new supporter’s association that will become the mechanism to give the fan base, community groups and stakeholders a voice and a way to contribute and support the current and future ambitions of the club.

Former chairman Alex Orange will work closely with the board to enable the formation of the supporter's association.

Steve Kerr said: “Alex has represented the former membership and supporters extremely well in his short tenure as Chairman this last six months. He has demonstrated his passion for change, supporting the new board throughout the handover."

Alex, who is also the son-in-law of highly respected former chairman David Vining, who died last year said: “I’m delighted to be helping with the formation of a new supporters group. I'd first like to thank everyone that has helped get the club to this position and for the many hours of volunteering work and fundraising that has been put in by fans.

"I hope this continues and I can assure all fans that the association will be a hive of activity, open to all and where everyone will be welcome to roll up their sleeves and promote the club positively in whatever way they can. We have a lot of work to do, but I hope this fresh start grows an association to rival any club in the sport.”