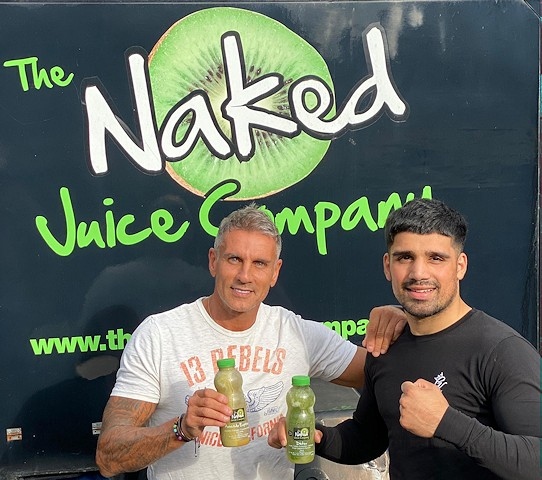 The company, which has been running for five years, will prove Ali with fresh juice made from fruit and vegetables to help him better his diet.

The Naked Juice Company provides a mail order juice cleanse and meal replacement programme with its juices and smoothies.

Wayne Redman from The Naked Juice Company said: "I'm delighted to be working with Ali and to be able to support a local sportsman. Our cold raw pressed fruit and veg combination juices will supplement his diet and as he is a diabetic, they are great for regulating his blood sugar level allowing him to train better for longer."

Ali made history in September 2018, becoming the first UK boxer with type one diabetes to fight professionally, following a three-year battle against the British Boxing Board of Control (BBBofC). To date, he has won all six of his professional fights.