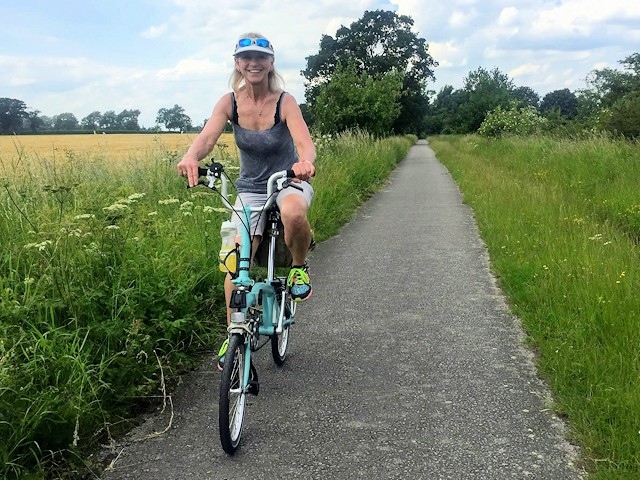 Rochdale’s Pauline Cooper has been named as one of 11 inspirational women from Greater Manchester included in Cycling UK’s 100 Women in Cycling.

An active member of several cycling clubs and groups since 1997, Pauline's passion for cycling has been channelled into teaching children how to cycle as a Bikeability instructor in local schools and community groups since 2006. Helping adults to gain confidence on the roads within Greater Manchester, she also holds her own ‘learn to cycle’ classes, is keen to share the healing powers she believes cycling has on your health and actively promotes the joy that cycling can bring to all ages.

Her four grown-up children, who are also passionate cyclists, spent their childhoods riding around France, the Netherlands and Belgium and looked forward to attended York Racecourse every year for the York Rally cycling festival. Pauline has only ever missed the event twice in 22 years; once when the course flooded and this year, during the Covid-19 pandemic.

A list that celebrates inspirational women who are encouraging others to experience the joy of cycling, the 11 women chosen for Greater Manchester include six Bikeability instructors, a Paralympian, a professional mountain bike racer, and an ultra-endurance racer.

The list also includes less well-known names who have been working tirelessly at grassroots level to encourage more women to ride.

The women have all been recognised in celebration of the amazing work they have done to inspire other women to get on their bikes as part of the national cycling charity’s Women’s Festival of Cycling which ran throughout July.

Although the number of women cycling has increased during lockdown, men are still cycling nearly twice as much as women. The Women’s Festival of Cycling aims to address that imbalance by inspiring more women to get in the saddle.