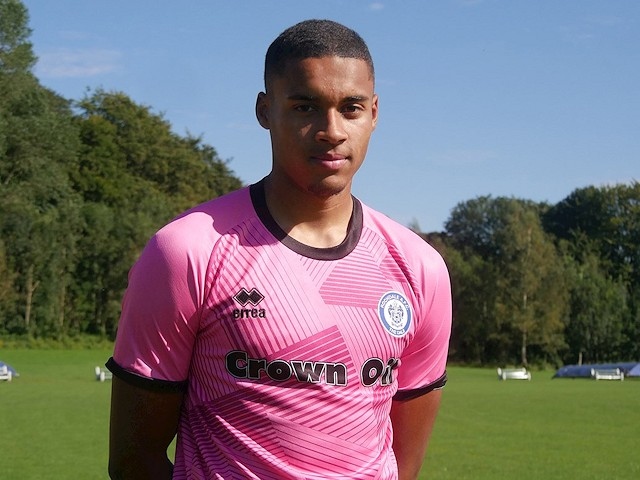 The Dublin born keeper came through the youth ranks at Shamrock Rovers and progressed from the under 15s straight into the first team, becoming their youngest-ever debutant at 16 years and 109 days.

After impressing at the Tallaght Stadium, including playing in the Europa League qualifiers, he attracted interest from City and made the move to the Premier League side in February 2019.

The 18-year-old has already been capped several times by the Republic of Ireland at under 21 level.

Bazunu was selected as part of the City first-team squad for their pre-season tour in Asia last summer, and since then, has continued to impress for the Elite Development Squad in Premier League 2, as well as featuring for the under 23s and playing for the under 19s in their UEFA Youth League campaign.

Earlier this month, he was added to the Manchester City first-team squad by Pep Guardiola for the conclusion of their 2019/20 Champions League campaign. He has recently been away with the squad in Portugal for their quarter-final tie against Lyon.

“This is the opportunity that I have been looking for, so I’m hoping that I can do well and impress.

Manager Brian Barry-Murphy said: “I’ve been very aware of Gavin since he first came on the scene back in Ireland as a 16-year-old. He blew us all away with his ability from that early age.

“If I’m being honest, I never thought we’d get the chance to acquire him at our club, but when I mentioned [in my last interview] about trying to be creative and adding to the squad with extremely talented players, then this is what I had I mind.

“There’s huge gratitude to Manchester City for allowing us to have Gavin at our club to continue his development, which is going to be so exciting for everybody to see.”