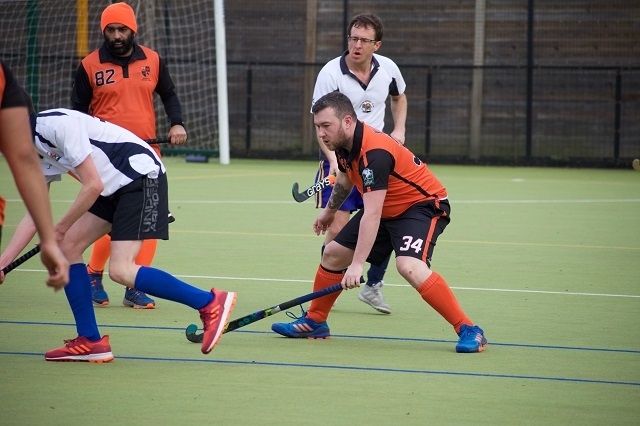 With the temperatures soaring during the afternoon, captain Adam Massey, made three changes to the side from last weekend’s training match at Stockport. The towering Tim Liptrot came into the side replacing the rested Dave Marlow to play at the heart of defence with Peter Rogers.

Play maker Andy Meanock, still nursing an injury from the first pre-season friendly bravely started the game in central midfield for the defensive minded Michael Bohanna. The last change was the captain starting his first game replacing Scott Hempsall-Jones in a contest considered a dress rehearsal to next weeks league opener against Bolton.

The game started at electric pace with Rochdale bossing the intial proceedings against Manchester, with some crisp passing throughout the Oulder Hill side, the players were in very confident mood and the first chance didn’t take long to come. With some great work down the right between Dean Close and Andy Meanock, the latter played in a delightful ball to Bjorne Brauns cutting in from the left. With momentum on his side he skipped past two Manchester players and rifled a shot just past the right post.

It was more of the same with Meanock looking menacing down the middle and spraying the ball from left to right. Rochdale again found another early opportunity to open the scoring after some more excellent build up, when an eight pass move from the back found Massey in the centre with space to turn and run. Now at full speed, the captain decided to play in a better positioned Close down the right wing. With Rochdale in a dangerous position and Kane Morgan lurking in the ‘D’, Close’s pass across the face of goal was easily picked out by a Manchester defender to scramble away the ball for a long corner.

Rochdale were finding joy in each build up resulting in half chances and a few short corners but Manchester, now growing into the game, carved out a rare break with some direct play. A deep ball found a lone forward high up the pitch, unfortunately his turn left to Rogers' strong side was easily stopped and Rochdale were away again.

Manchester were soon on the attack again, this time through the captain, with a quick turn on the half way line, A telling ball down the right wing found the visitors in a favourable 2v2 situation. The chance ended in a remarkable goal - the winger's early cross at the top of ‘D’ resulted in Manchester's first shot on goal, and the well-crafted ball found the lone forward who managed to shoot first time past a stunned James Deacy.

Rochdale now finding themselves one nil down against newly promoted league rivals Manchester handled the set back with great maturity. The approach stayed the same, with some close proximity passing amongst the forward line, the intent was clear, Rochdale were looking to respond. Patiently waiting for the right moment, the influential Meanock was operating further up field combined with Brauns to find Close, whose turn and powerful shot through the keeper’s legs found the backboard to level the scores, it was game on.

With Rochdale now in full flow, they changed approach by sitting back. Holding the line to good effect, the home side broke away on numerous occasions venturing in numbers cultivating in a few long corners. Some quick thinking from Manny Ahmed found an unmarked Brauns wide left, and with only one thing on his mind, the South African maestro dribbled past two defenders with great ease giving himself room to hit an unstoppable shot past the keeper to give Rochdale the lead.

The score was 2-1 to Rochdale with much of the first half remaining. More changes were deployed when Michael Bohanna entered the game in midfield for the dangerous Meanock and James Trainor was utilised as a left back in place of the days Flying Horse man of the match Liam Nutter.

A third goal came for Rochdale when Manchester - now down to 10 men due to an unfortunate green card - allowed Close to beat his defender with a glorious dribble and the goal scorer found captain Massey at the top of the ‘D’, with players rushing out. A quick stop and shot found the corner of the net to increase the lead and mark another goal in pre-season for the jubilant captain.

Rochdale were overloading with energy and Manchester were sitting deeper in their half. With no way out, the away side started to give the ball away cheaply during their 16-yard hits. More chances came Rochdale’s way to finish the half but Brauns and Close were unable to add to their tally, a rare solo effort from Ahmed did not have the finish it deserved and Morgan was unable to garner a chance against the now more defensive minded Manchester side. The away side admirably kept the score line to just 3-1.

With the first half ending in a one-sided affair, Rochdale went into the second half sitting deep with a well worked half court press to draw out a Manchester for a quick counter. With the away side trying to break down a well organised Rochdale team, Rochdale held firm to rely on intercepting any forward ball. Looking down the channels Nutter and Richard Saggerson kept out any threat with ease. Rochdale picking out passes, countered their way swiftly only for the last ball to be elusive at the most crucial point. With Morgan in a high position Rochdale looked for a break through, but a few opportunities to bring the forward into the game were defended exceptionally well and clear chances were dwindling.

Rochdale continued to press forward hunting in packs, Massey, Ellis Barnes and Morgan finding space in dangerous positions without testing the keeper. A goal was there for the taking when the home side were gifted a short corner. With the a usually composed team set up, a break down in communication allowed the Manchester side to break into a counter into a 6v3 situation. At electric pace and with plenty of numbers for support, the attack resulted into a well taken goal from the away team captain to bring the result to 3-2. It was an unfortunate goal to concede with Rochdale well organised for much of the encounter.

Manchester, encouraged by a second goal, started to find space behind the midfield making the game more end to end, with both sides rewarded with clear chances on goal, but both keepers stayed alert with Deacy called into action more.

Rochdale were to ultimately win the battle of who would score next when captain Massey assisted Morgan to goal. With a well worked move involving 5 players, Massey played the ball to Morgan, with his back to goal and a defender behind him, the strong forward turned one way and then the other to allow himself room to squeeze a shot into the bottom corner to make the score 4-2.

In complete control Rochdale managed to seemingly switch off when a routine side line turned in to another counter attack resulting in a late goal and a glimmer of hope for Manchester.

At 4-3 Massey decided to hit the ball into the corner and press forward in the closing stages. With only minutes to go Manchester looked to play the ball out from the back to create a chance. Rochdale now set up in a full press were not allowing an easy route into their half and were twice picked off by both Nutter and Brauns to create chances for Morgan and Massey.

The game ended with a close score line of 4-3 but apart from a few lapses in concentration, the overall team performance by Rochdale will encourage Adam Massey's team to more of the same attacking intelligence on the 26 September against a familiar Bolton side.

The Flying Horse Man of the Match was Liam Nutter.