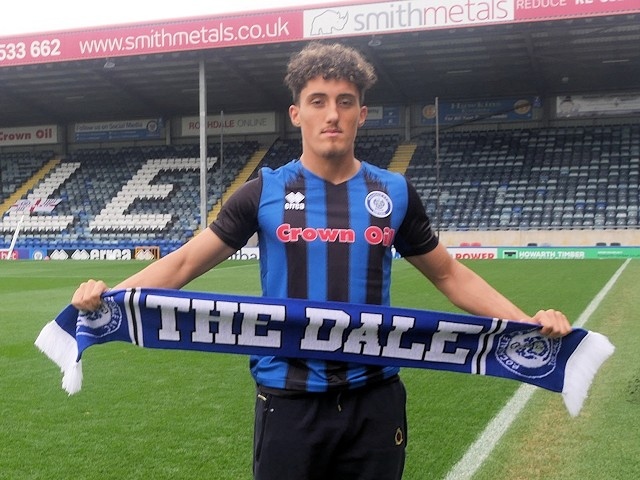 Defender Haydon Roberts has joined Rochdale AFC on a season-long loan from Brighton and Hove Albion.

After joining the Seagulls in 2015, Roberts has worked his way up through his hometown Club’s Academy ranks.

Highly regarded at the Amex Stadium, the 18-year-old has featured for Brighton’s first team this season, playing in two of their Carabao Cup games, against Portsmouth and Preston North End, in round two and three, respectively, as well as being named on the bench for their fourth round tie against Manchester United.

Speaking about the move, Haydon said: “It was easy for me to come here and I’m happy to be here. I had interest from a few clubs in the league but Rochdale were the team who were the most interested in me.

“To be given the opportunity to come here and play with a manager who likes to play young players and trusts them suits me. That’s what I need to do to improve. Where I am in my career, I need to get out and play games, so it was an appealing move for me. The style of play also suits me. Hopefully I can help the team do well this season.”