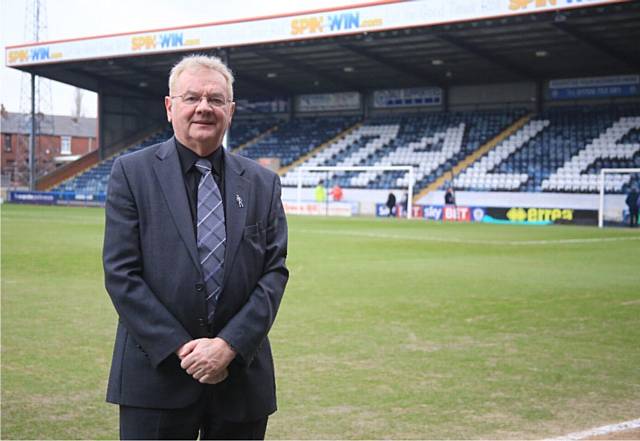 Former Rochdale AFC chairman Chris Dunphy has declared an interest in returning to the club as chairman and is hoping to get the support of enough shareholders to call an extraordinary general meeting (EGM).

Mr Dunphy left the club in December 2018, after over 30 years as a director and subsequently sold his shares. His role as chairman was filled by majority shareholder Andrew Kilpatrick, who stepped down last month due to personal reasons.

Now Mr Dunphy has revealed he wishes to return to the club as chairman, after watching the recent fans’ forum, where it was revealed that first team manager Brian Barry-Murphy's contract had been extended to May 2022 and this extension had not been communicated to fans.

Mr Dunphy sold the shares he owned in the football club to American businessmen Dan Altman and Emre Marcelli. in October 2019. It is unclear if he plans to try and buy these back.

The former chairman now hopes shareholders will call an EGM to put forward his plans in order to garner support.

Mr Dunphy told Rochdale AFC News: “As a former chairman and director for more than 30 years, I cannot stand on the sidelines and watch the club, which I have supported all my life, simply disappear without a fight. I can’t imagine having no football club in the town for my children and grandchildren to support.”

The site reports that Dunphy’s plans include former director and shareholder Bill Goodwin rejoining the board, as well as Francis Collins and Richard Wild, former employees of Rochdale AFC and the executors of the late David Clough’s estate. It appears that the money left by David Clough to benefit the football club could be used to purchase shares in the club which 'would be a fitting tribute to the superfan and play a major part in achieving eternal supporter partial ownership'.

Following the statement from Mr Dunphy, Rochdale Supporters Trust has asked its members for their views.

The Dale Trust has shares equating to around 2.5% of the overall shareholding.

"We have emailed all Trust members on our mailing list this afternoon asking for their initial thoughts on this and/or the current situation at the club.

“If any of our members have any initial thoughts on this or the current situation at the club, please contact us.”