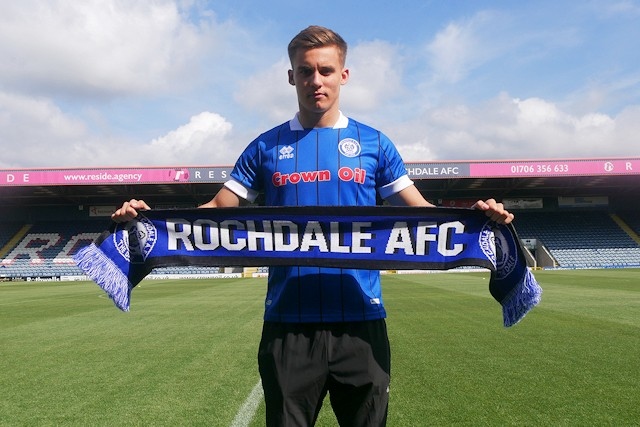 Both players join the club on loan deals until January 2022.

Broadbent is 20-years-old and has been with the Blades since 2017.

He said: “We’ve finally got it over the line and I’m looking forward to the season now.”

“I want to try and get as many first team appearances as I can, get more experience to develop me as a player, and hopefully I’ll do well this season.

“It’s a good club to come to in terms of developing young players, so it was an easy decision for me.

“Coming on loan here will help me mature as a player and a person. Hopefully we can have a successful season.”

In 2017 he signed for Sheffield United, progressing from their Under-18s to the Under-23s, where he has regularly featured in Premier League 2.

He returned to Curzon Ashton in January 2020 on loan, before joining Belgian top flight team Beerschot on loan in January of this year.

O’Keeffe is 23-years-old and made 17 appearances for Mansfield Town last season.

Speaking after completing his move, O’Keeffe said: “I’m delighted. As soon as it came up as an option, I just wanted to get it done as soon as possible.

“Obviously it’s a good club that wants to bounce straight back up. I want to take on the challenge and get playing football, so wanted to get here and get it done.

“I spoke to him [manager Robbie Stockdale] on the phone and everything he said sounds positive. I want to be on board and try to get promoted.

“I’m looking forward to meeting the lads and getting started.”

O’Keeffe joined Birmingham City’s Academy in 2008, before signing a scholarship with the club in 2014.

He made his professional debut for the Blues in December 2016, before joining Solihull Moors on loan the following season, making 13 appearances in the National League.

In the 2019/20 campaign, the Irishman joined Macclesfield Town on loan, where appeared 31 times in League Two for the Silkmen.

After leaving Birmingham in the summer of 2020, the full-back signed a two-year deal with Mansfield Town.