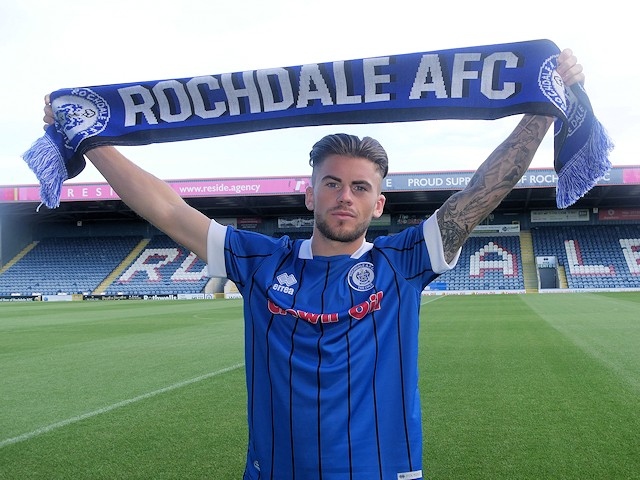 The 20-year-old joins from Championship side Coventry City, where he has just signed a three-year contract, following his departure from Brighton & Hove Albion earlier this summer.

“It’s been a long time waiting and I’m looking forward to getting started now,” said Cashman.

“It’s something me and my agent thought would be a great project to be involved in. The club came down last year but hopefully we can be pushing for promotion this year.

“I sat down [with manager Robbie Stockdale] and had a chat about where he sees me playing and what I can bring to the team.

“Everything fits into how I want to be as a footballer and how I want to play. It makes me want to push myself even more and help get the club to where it should be.”

Dale manager Robbie Stockdale said: “It’s been a little more complicated with Danny leaving Brighton and signing for Coventry, before we get him on loan, so the process has been a little longer than usual.

“He’s been training with us for a couple of days and the quality he has is really good. He’s a clever player and has a bit of an edge, but in a good way.

“He was desperate to come and play for us. It’s another really good addition to the squad and it will add extra competition for the forward places.”

Cashman joined Brighton’s Academy at the age of 12, progressing through to the Under-18 and Under-23 sides.

He was a regular in their Premier League 2 side in recent seasons, scoring 11 times and creating 11 more in 35 appearances.

After departing the AMEX Stadium this summer, he has signed for Coventry on a three-year deal, the first of which will be spent with Dale.