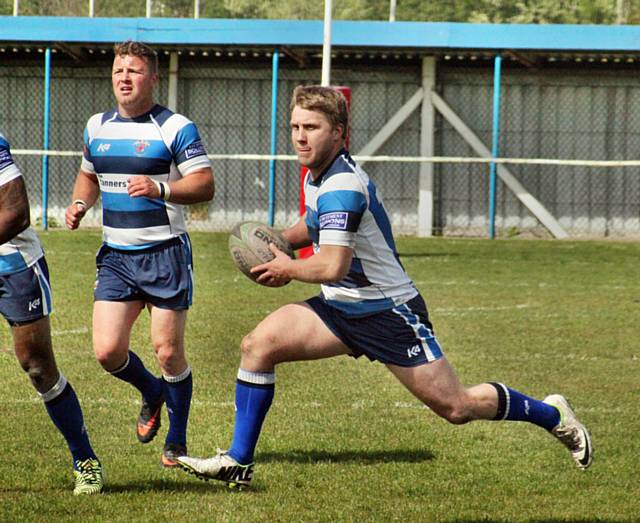 Mayfield are back in action after last weeks Covid call off. Their opponents on Saturday 7 August are St Helens based Clock Face Miners.

Clock Face are in second place in the NCL Division C after a hard fought victory at top of the table Crosfields last week. A win today would go a long way towards stating Mayfield's intention to finish in the top two, thereby gaining a play off spot come the end of the season.

Mayfield won the away fixture comfortably and with a the squad strengthening week on week,will be going into this game full of confidence. Butterworth and Wood are hoping to have a near full squad to select from and have received a massive boost with the return to training of Eric Johnson. Johnson will add some real steel and tenacity to the defensive line and strong direct aggressive running in attack.

Mayfield are improving week by week and showing that they will be a team to be reckoned with when they are firing on all cylinders.

The North West Men's League (NWML) Mayfield side also have a game on Saturday 7 August - they entertain Woolston from Warrington. Woolston are a good side, third in the division while Mayfield, despite a good win last week are still down at the bottom.

Craig White and Andy Reid have struggled at times this season with numbers but with players returning to the senior side this has given them a much needed boost. They will be hopeful today that the lads pull out the stops and put in a good team performance against Woolston to start to build up a momentum.