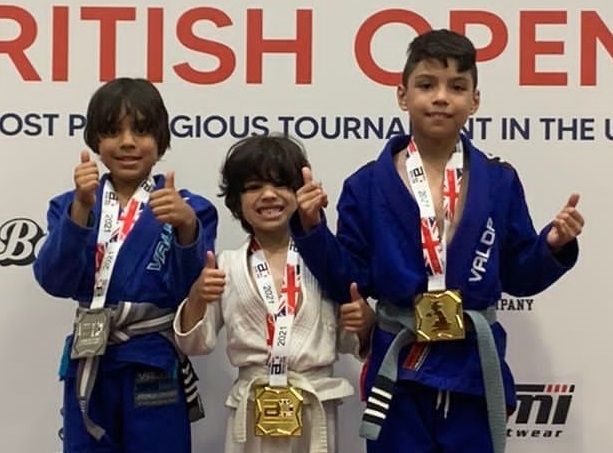 Andrew and Ethan Perez both took gold medals in their categories, whilst their brother Collin took an impressive silver after three tough bouts.

The contest was the first jiu jitsu competition for Ethan, seven, who won gold after beating both of his opponents in the PeeWee 2 (21kg) division.

Andrew, a pupil at Holy Family RC and CE College in Heywood, has been training since 2016 and has been active on the UK’s BJJ competition circuit since 2018.

Both Collin and Ethan attend St Vincent's Catholic Primary School in Norden. Collin has been competing in the sport since December 2018.

All three brothers train at Team Sukata in Warrington under the coach black belt Lee Simpson. As well as Brazilian Jiu-Jitsu, they train in Judo at Bacup Judo club and Judo Excellence club, wrestling at Bolton Wrestling Club and Thai boxing at Valley Thai Boxing Club in Whitworth.

Their next competition is the BJJ Junior Europeans Championship in Wolverhampton on Saturday 18 and Sunday 19 September.