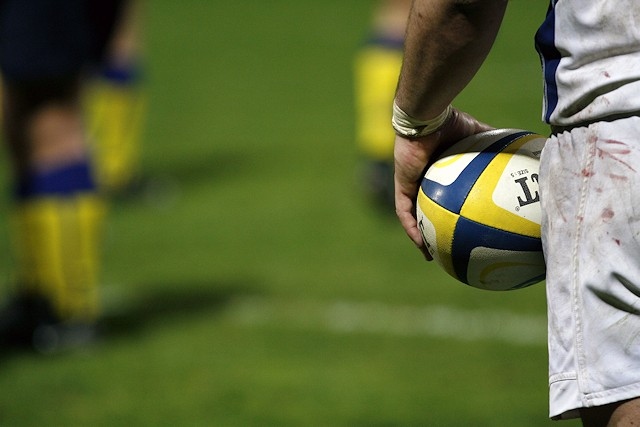 Rochdale’s Masters of rugby league continued their fantastic run of form last week as they played out a very entertaining game against the strong, quick Boothstown Terriers side in Halifax on Saturday (18 September).

Boothstown have a reputation as being a physical side in the Masters organisation but this didn't faze the Rochdale lads as they matched their opponents in most departments – and outplayed them in some.

There were some moments of real class as Carl Abraham’s side threw the ball around, with Neil Wood, Mark Kelly and the evergreen Stan Connolly in particular belying their years.

Again, with a good spread of ages, Rochdale played the rules to perfection with their big lads, ‘Concrete’, ‘Big Brett’, ‘Murgy’ and Adam Pirouette revelling in the physicality.

The home side scored first and looked set for the win until ‘twinkle toes’ Komai stepped in with a brilliant individual try. This was followed by a great score from ‘Chrimesy’ after a perfectly timed ball from Stan allowed him the space to stumble over the line.

The game was followed by a couple of beers in the Yorkshire sunshine, and was all in all, a great day all round.

Officially, there are no winners in the Masters games as the game focuses on playing in great spirit.

Organiser Carl Abraham said: “I would like to pass on my – and the lads’ – gratitude to all who have made this venture possible. As with everything, there is a cost to playing Masters and the people and organisations who have made this a success deserve a huge vote of thanks: Brandx, Stephen Gartland Foundation, Hornets Foundation, Jolly Josh, One Pt, Direct Flooring and Beds, and Health 'E' Hut.

“Every week there are seventeen guys, often more, out there training for, and then playing, this great sport. Without the donations of these backers, none of it would be possible, so thank you all.”

This week sees the Masters up against Doncaster Toll Bar at the Mayfield Sports Centre with a 2pm kick off. Not much is known about the visitors beyond the fact they, like the Rochdale side, love their rugby.

It is expected that there will be a strong squad to select from this week as players, some of whom were afraid of crossing the Pennines for fear of a nosebleed, return to action.

All are welcome at the game and the club bar will be open with food also being served.