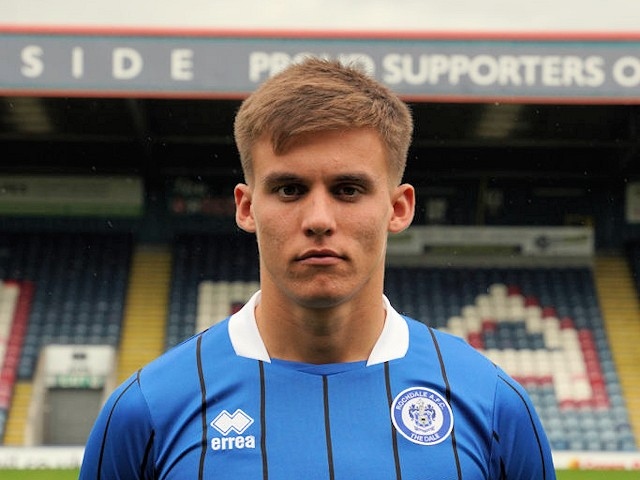 Rochdale ended a run of five straight defeats with a pulsating 2-2 draw on the road at in form Swindon on Saturday (16 October) but were ultimately left disappointed they didn't take all three points after a stoppage time equaliser for Swindon.

Behind in the first half through a Ben Gladwin super strike, Dale turned it around after the break with goals from George Broadbent and Liam Kelly. With Dale heading for a first victory in over a month, Welsh International Jonny Williams came off the bench to earn a point for his side.

With the bad run of form continuing ahead of this game, Robbie Stockdale made three changes to his starting eleven with Jimmy Keohane, George Broadbent and Danny Cashman given nods over Aidy White, Liam Kelly and Abraham Odoh.

The home side, who had only lost once in their last eleven outings in all competitions, were the better side in the first half and deservedly took the lead before half time. A long punt upfield was nodded down by McKirdy to Gladwin who smashed an unstoppable volley.

The visitors improved after the break and drew level just before the hour mark through Broadbent. A super ball through by Corey O’Keeffe picked out the Sheffield United loanee who drilled the ball under Lewis Ward for his first professional goal, 368 minutes since Dale's last league goal.

Both sides had chances but it took a last gasp save from Joel Coleman to keep the scores level. Jack Payne sent a delightful pass through to McKirdy who was denied by a point blank save by the Dale stopper.

That save would prove to be crucial as soon after Dale took the lead. Aaron Morley’s corner was headed partially away to Liam Kelly. The substitute took it past his man before fired in to the bottom left corner to send the 144 travelling fans into wild celebration.

Swindon, backed by over 9,000 supporters, threw everything at Dale in the six minutes of added time and their pressure paid off when Williams clipped over Coleman.