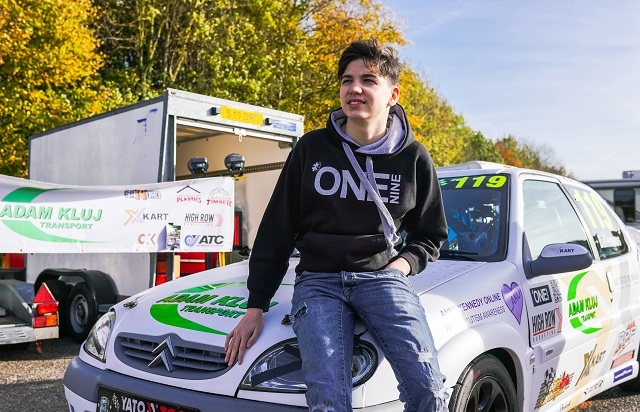 Sandro Ballesteros, 14, stars in "My Life: On the Fast Track" which will air on CBBC on 31 March

An inspiring fourteen-year-old racing driver from Rochdale is the star in a documentary following his journey from kart racing to cars.

Sandro Ballesteros was diagnosed with autism aged three, and his obsession with wheels led to his first drive in a kart at age five.

Racing quickly became his passion, and – after competing in multiple karting championships – he is now chasing his dream of becoming a professional racing driver.

The documentary, "My Life: On the Fast Track", by award-winning The Format Factory, is due to air on CBBC on 31 March, and follows Sandro's journey from his first drive of a racing car through to competing in his first-ever race in the Junior Saloon Car Championships' season finale in front of a huge crowd.

Director Ben Field said: "This film was a real pleasure to create; Sandro is a positive, driven young man with exceptional talent who sets an amazing example for young adults around the country.

"This documentary really is a coming of age story and watching him grow supported by his incredible network of family and friends is a joy to have been part of. I'm looking forward to seeing what he can achieve in the future."

Sandro was helped to gain his ARDS race licence by his friend and mentor Matty Street of X-Kart and TeamKarting who welcomed Sandro onto his grassroots ‘Karting to Cars’ initiative.

In the short four months that followed, Sandro was filmed as he raised funds and sponsorship to buy his own racecar, launched his website and clothing brand #OneNine, continued with his autism presentations in schools, secured a second and a fourth place in kart championships.

At the beginning of November, he completed the transition from karting to racecar, joining the JSCC grid for his debut race at the iconic Brands Hatch circuit with only a few hours' experience in a car.

Sandro said: "It has been a great experience which I will never forget; all the hours I spent sim racing under lockdown really helped me make the move to a real car in such a short time.

"The test for my race licence was still nerve-wracking though, especially with the added pressure of a film crew watching over my shoulder. [I am] Very proud, and so grateful to all the people who believed in me and came forward with support.

"I am now working hard towards this year's season opener at Silverstone on 26 March, and hoping to raise the funds to complete the full 2022 season."

If anyone would like to know more about sponsorship opportunities please get in touch at www.sandro19.co.uk