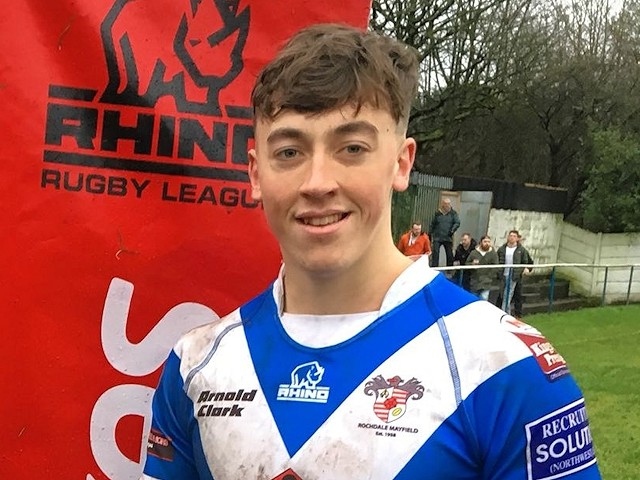 Former Mayfield players Matty Ashton and Matty Lees have both been named in the 20-strong England squad for Saturday's (18 June) mid-season international against the Combined Nations All Stars in Warrington.

Warrington Wolves’ Matty Ashton has progressed through the England talent pathway to be included in the senior squad for the first time.

Ashton, 23, who plays as a fullback for Warrington Wolves, played junior rugby at Mayfield under the tutelage of Dean Hartley and Marvin Connolly up to under 16 level. A student at Hopwood Hall Collegte, he studied in the rugby academy and was trained by Matt Calland (now Rochdale Hornets’ head coach) at under 18s level before making his debut in the Mayfield open age side.

The Warrington flyer is one of five Wolves players chosen, with head coach Shaun Wane drawing upon nine of the Betfred Super League’s 12 clubs in his selection.

Lees, 24, was named Super League’s Young Player of the Year and also took away the same award at the Saints Awards Dinner.

“Some need no introduction and have earned a recall, others are new to the squad and are also in on merit.

“They all have the ability to perform at this level and this is their chance to show myself and England supporters what they can do.”