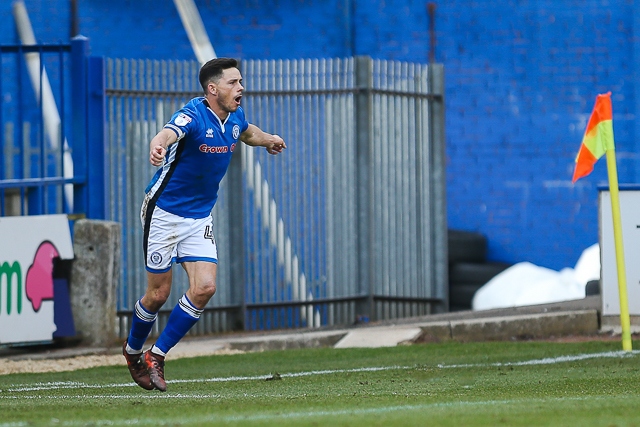 Striker Ian Henderson has returned to Dale two years after his departure.

The 37-year-old has signed an initial one-year deal to return to Dale after being released by Salford City this summer.

Henderson first joined Rochdale in February 2013 and made 343 appearances across his seven-year stay, scoring 126 goals.

He became a fans’ favourite, and played an instrumental part in the club’s promotion to League One and subsequent successes. When he left the club in the summer of 2020, he was four goals away from becoming the club’s all-time record goalscorer.

After putting pen to paper, Henderson commented: “I’m really, really happy to be back here at Rochdale Football Club.

“I’m really looking forward to working under Robbie Stockdale. I see it as a new challenge and working with new people with new ideas. All I can say is I’m really excited to be back at the football club to help it progress.

“[I met with the manager] last Monday and I really enjoyed spending my time with him and hearing his ideas and his philosophies, and the way he wants to progress his team and football club over the next season. I was excited by that opportunity. 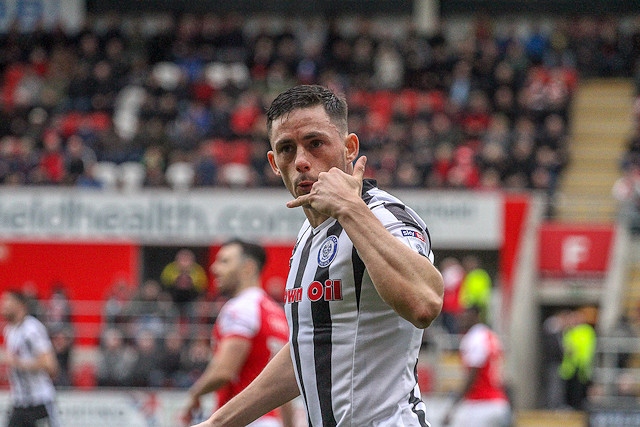 “Things have progressed in such a quick period of time, to the point where eight days later I’m sat here. What Robbie said and the aims and objectives of the football club was so attractive for me to want to come back.

“There’s [also] a little bit [of unfinished business] left to do. First and foremost, I want to help the team and, secondly, I want to break that [goals] record. It’s been there for a long time and I think I owe it to myself but also to the fans to be a part of some history in this day of age.

“It feels good and I feel really happy to be back here. All I want to do it help this football club progress.”

Manager Robbie Stockdale added: “We’re delighted to bring in somebody in with Ian’s ability.

“His experience will help the other forwards and I think that’s really key, so I’m really pleased to get him in.

“I want to make it really clear that it’s not a nostalgic thing because I wasn’t here the first time Ian was here. It’s a footballing decision and it’s my decision, and hopefully he’ll score the goals that will give us a really promising season.

“When an opportunity to bring in a goalscorer comes along, you’ve got to take it, so that’s what we’ve done.”