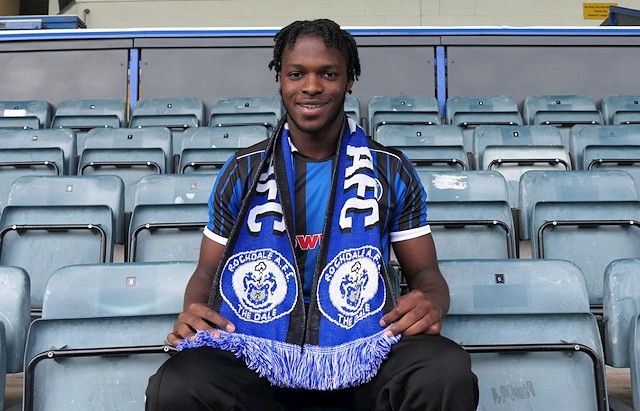 The 19-year-old came through the youth system at Bury before going on to join the Blades’ Academy in 2019.

He made his professional debut for the then Premier League side in May 2021, coming on as a substitute in their league fixture away Newcastle United. He signed professional terms two days later.

During his time with the Bramall Lane club, Seriki has had loan spells at Belgian side Beerschot and at Boston United, who he helped reach the National League North play-off final at the end of last season.

“I’m really excited. Coming here [on the back of my loan spell at] Boston United, it’s a step up playing league football so I’m really looking forward to getting going,” he said after putting pen to paper.

“The gaffer has told me about his plans for this season so let’s hope we can achieve them.”