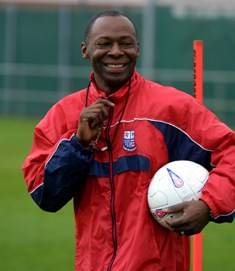 The midfielder played for Dale during the early 1980s after starting his professional career with Leicester City before moving to Mansfield Town.

He went to Wolverhampton Wanderers from Spotland but was forced to quit the game following a heart attack during pre-season training at Molineux.

He returned to Leicester as both academy coach and community department officer and had been with the Foxes since 1989.

Leicester club ambassador Alan Birchenall said: "I have seen thousands of players come through this club over the years and I would put Neville up there with the best of them.

"If ever there was a smile or a laugh down at the training ground, both when Nev was playing and coaching, you knew that he would be involved.

"I went to see him last week in the Glenfield Hospital and although he knew he was seriously ill he was still laughing and joking. We thought he had pulled through the operation and it wouldn't be long before we saw his smiling face down the training ground again.

"I feel so sorry for his wife and kids. We have lost a great man in his prime."