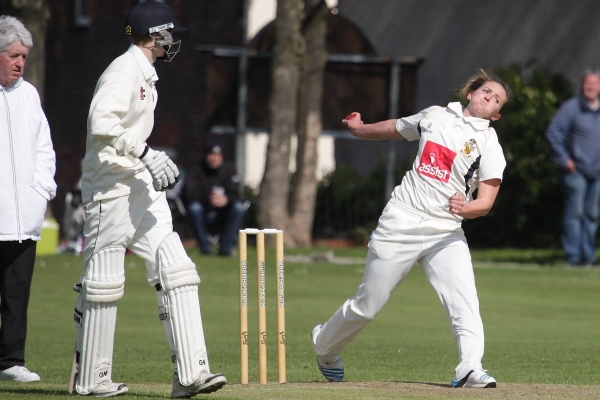 Heywood Cricket Club star Kate Cross was today (21 July 2015) hoping to face Australia in the first of seven matches to decide the winner of the Women’s Ashes.

Cross was a member of the England team that won the last series in Australia and with home advantage, she is hoping for a similar outcome.

England were today facing their Aussie counterparts in the first of three ODIS.

The 50-overs match at Taunton will be followed by two more in Bristol and Worcester and next month’s one-off Test in Kent.

The Ashes series, based on points accumulated over seven matches, will be completed with three T20 fixtures at the end of next month.

Cross believes England are more than ready for the gruelling schedule. The medium-fast bowler, who took eight wickets for Heywood in a Lake Garage CLL match earlier this season, told Sky Sports: “We have put in some seriously hard yards over the past few months to get ourselves in a position to be able to perform at the highest level throughout the summer.

“We know there is going to be a lot of pressure going into the games, but this is something we can’t wait for - to get the women’s game out there to a wider audience and help people realise what we can do.”