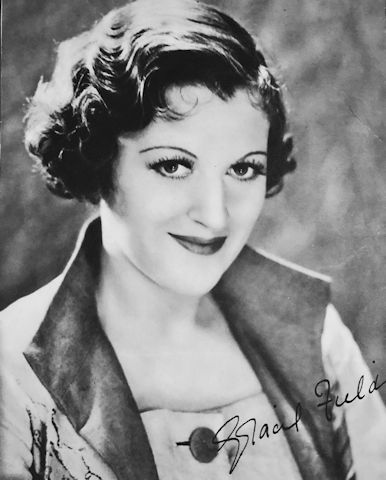 It is 40 years next year since the death of Rochdale and Britain’s first superstar, Dame Gracie Fields.

To commemorate the anniversary, Seb. Lassandro, the president of the Dame Gracie Fields Appreciation Society, is writing a biography of Gracie.

Mr Lassandro was instrumental in the organisation of the Heritage Trail and statue in Rochdale and he is currently putting the finishing touches to the biography - 'Queen of Hearts: The Complete Dame Gracie Fields’ - which is set for publication next year.

The book tells the story of the Lancashire mill girl turned superstar from her birth to her death.

Mr Lassandro said: “While there have been previous attempts to tell Gracie’s life story, her complete story has never been fully told. There are many gaps, myths and factual inaccuracies, which have been published and I am intending to set the record straight once and for all in her anniversary year.

“Drawing on hundreds of hours of research, I have consulted thousands of newspaper articles and had access to private letters and diaries of Gracie’s which reveal fascinating information and new facts about the highest paid film star of the 1930s.

“Tracing her life almost weekly from her 1898 to 1979, Gracie’s full story has never been completely told. I aim to present the public and private Gracie completely, with many anecdotes, facts, stories and genealogical information - which has been uncovered for the first time in over eighty years.”

Special contributions to the book have been made by Tommy Steele, Dame Vera Lynn, Barbara Dickson and Rochdale’s own Sue Devaney.

Some of Gracie’s surviving family members have shared their memories of their Auntie Grace, as well as friends of Gracie who knew her most intimately.

Mr Lassandro said: “I am appealing to the people of Rochdale who might have any specific memories regarding seeing Gracie Fields, or any meetings which people may remember on many of her return charity visits to the Borough. Any facts, stories, anecdotes which could possibly be drawn on I am looking to hear.

“I am also looking to acquire any memorabilia/letters/photographs/posters/recordings which might be lurking in grandparents’ attics that the Dame Gracie Fields Appreciation Society could acquire for an exhibition to accompany the forthcoming book.

“In particular, I am searching for the footage of the opening night concert from the Gracie Fields Theatre on 16 September 1978.

“The opening gala performance was filmed by a local Rochdale firm, DATS-Vidio, who transmitted the broadcast ‘live’ into the sports hall of Oulder Hill to members of the public who could not get a ticket to be in the main auditorium.

“Someone in Rochdale must have the original copy of this footage as the BBC no longer holds its master recordings, and Touchstones/Link4Life does not have a copy.

“Hopefully there will be someone in the borough who may know more information about this.”