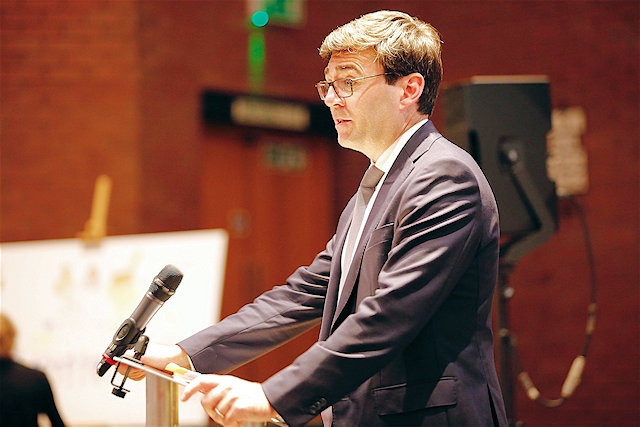 Greater Manchester councils will formally adopt an anti-fracking stance as part of their planning policies in an attempt to allay environmental and safety fears.

Leaders hope the move will strengthen their legal positions and deter energy firms from making requests to drill for shale gas as the city region aims to become carbon neutral by 2038.

Areas across Greater Manchester are subject to licences handed to fracking companies – including locations in Wigan and Salford – although any bids would be subject to local planning permission.

Fracking firms could take any local rejection decisions to appeal – as has happened in Lancashire – but Greater Manchester mayor Andy Burnham said the combined authority is making a ‘big statement’ to those considering an application.

Mr Burnham said: “It’s a firm position on behalf of the 10 boroughs and Greater Manchester as a whole, where we have large numbers of potential sites.

“I think that’s quite significant when we have the issue with Lancashire.

“This is quite a radical policy, making quite a big statement.”

Fracking operations started in Lancashire last year – the first time the controversial process had been used in the UK since 2011.

Lancashire County Council had voted to reject the planning application by Cuadrilla but had been overruled by central government on appeal.

The presumption against fracking written into planning policies – which Mr Burnham has said represents a nationwide first – will be included in the region’s mineral plan, part of a new development blueprint due to be revealed on Monday.

With areas across the north west identified in surveys as having vast underground shale gas deposits, licences have been issued to firms to earmark certain locations.

No fracking has taken place in Greater Manchester although an exploratory drill site was set up at Barton Moss in Salford.

Mr Burnham added: “If you do it in an area with mineshafts – as a lot of Greater Manchester has – really there’s no evidence at all that this is safe.”

“It’s a strong statement to an industry I think is failing to win public support and prove that it can match all the claims for its processes.

“I think it’s a step that’s significantly further than anywhere else has done, particularly as a place that has licenses.”

A Petroleum Exploration and Development Licence (PEDL) to explore the ‘SD81’ block of land under Whitworth, Norden, Heywood, Castleton and the majority of Rochdale was granted in September 2016:

It has been criticised for causing earth tremors and having an adverse impact on the environment.

But supporters say it could contribute significantly to the UK’s future energy needs and provide an economic boost.