You are Here: Home » News » News Headlines » Whitworth Commonwealth medallist to be honoured with 5k race

Whitworth Commonwealth medallist to be honoured with 5k race 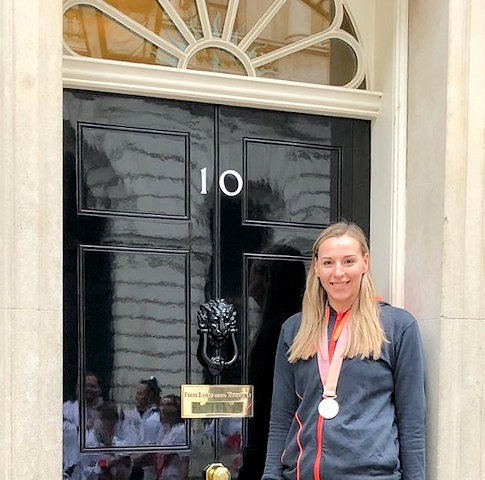 Mollie Campbell, from Whitworth, with her silver medal at Downing Street

Whitworth’s Commonwealth silver medallist, Mollie Campbell, is set to be honoured by having a 5k race named after her.

Mollie, 23, was part of the basketball squad that won a silver medal at the 2018 Commonwealth Games in Australia, and hopes to partake in the upcoming 2020 Olympic Games in Tokyo.

However, as the sports design and technology student does not yet have a sponsor, all proceeds of the April race at Cowm Reservoir will go towards purchasing trainers and kit for the talented star.

Race organiser, Andy O’Sullivan MBE of Andems Runners, said: “Mollie has the talent and determination to medal in Tokyo, so I will see that our races assist her."

Mollie, the youngest player in the England squad, currently plays for Leicester Riders and the Great Britain Women's team, and is a third-year student at Loughborough University.