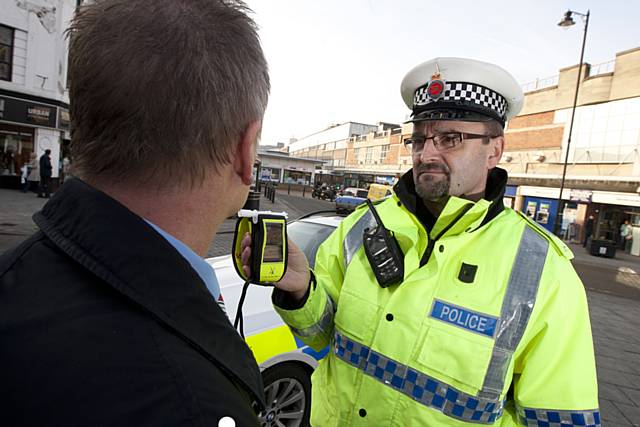 Officers arrested 140 drivers and charged a total of 78

Over 640 breath tests were conducted over the 14 days of GMP’s drink and drug drive campaign, naming and shaming those charged over the fortnight.

The summer drink and drug drive campaign is now over and although you won’t see the names of those charged on a daily basis, GMP officers will continue to do all they can to remove dangerous and irresponsible drivers from the road.

The campaign was hugely successful in the responses and engagement received from the public as well as the number of arrests and charges made.

Over the course of two weeks, officers arrested 140 drivers and charged a total of 78. Many are still awaiting their court date but the biggest result was a 12-week custodial sentence given to a man during the campaign.

This highlights the continued focus on drink drivers by GMP, helped in part by the improved distribution of equipment that can detect drivers at the roadside. GMP is also participating in the trials of Roadside Evidential Breath Testing Equipment, which we hope to see approved and brought into operational use from 2020.

Chief Inspector Harrison White said: “This may be the end of our campaign to highlight the number of drink and drug drive offences on the road, but this is not the end of our work. My officers will continue to tackle dangerous drivers to improve the safety for other road users in an effort to reduce the number of collisions caused by irresponsible drivers.

“Hopefully the campaign has highlighted the detrimental effects drink and drug driving can have on people’s lives, as well as the actions we take to make sure those offenders are dealt with as necessary.

“My message remains unchanged for anyone who is thinking of driving after having a drink, don’t do it. There is no place for drink or drugs on the road and we will continue to lookout for those who do not follow this rule.”