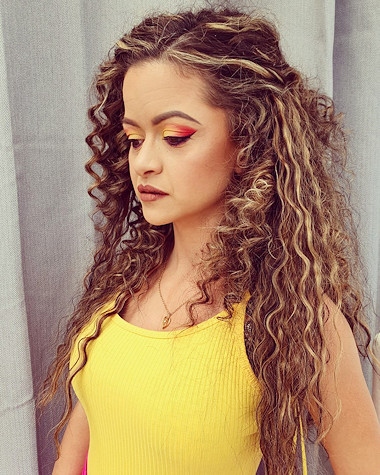 A Castleton singer has released her debut single in memory of her late best friend, Katelyn Parker.

Mercedy Purcell, 27, who is also an actress and model, released her debut track ‘Gone’ on Thursday (5 September) in memory of her friend of approximately seven years, after collaborating with top music producer Jorden Milnes.

Katelyn, 24, was tragically murdered in August 2015. Her body was sadly discovered in the boot of a blue Nissan car in Heywood, and her killer, Lee Nolan, was sentenced to life imprisonment with a minimum sentence of 18 years.

Having written the song in the same year Katelyn died, Mercedy promised herself she would release this single first as a celebration of Katelyn's life and felt it would help bring closure for her family, friends and herself.

The track, described as “very uplifting with a great hook,” has been supported by members of Katelyn's family, with some appearing in the music video, which was cast and directed by Mercedy.

Mercedy’s manager, Phillip Brown, said: “Mercedy chose to make this her first song because she wanted closure on what happened and think of Katelyn in an uplifted way.

“While making this track in the studio, she found this a very emotional time. Although the track is about her friend, it becomes clear that other people would relate this song to someone they have lost themselves.

“After getting her vocals back up to scratch from being nearly fully damaged by musical theatre, Mercedy went into a recording studio with Jorden Milne. She wanted the influence of a top music producer to make the track special.”

He added: “It's very unusual to go in a studio for the first time and come out with a potential hit.”

Mercedy, who has a heart condition and a muscle-wasting disease, also hopes to inspire others with conditions similar to her own, in never letting her conditions get in the way of her achievements.

Phillip continued: “Over the three years of managing Mercedy, I found her to work extremely hard. At times we have had to hold her back, because we didn't want her to have any health issues with her having a heart condition.

“I truly believe Mercedy is someone very special and, with all that she has done so far, there is so much more still to come.”

The music video for ‘Gone’ has been submitted to television networks for music channels, whilst radio stations across the UK, USA, Africa, Europe and Australia have agreed to play the single.

Mercedy’s second release is nearly finished, with the singer having written more tracks. She is scheduled to go back in studio to record more songs very soon.