You are Here: Home » News » News Headlines » Reuse Littleborough celebrates four years of keeping your old items out of landfill to help others 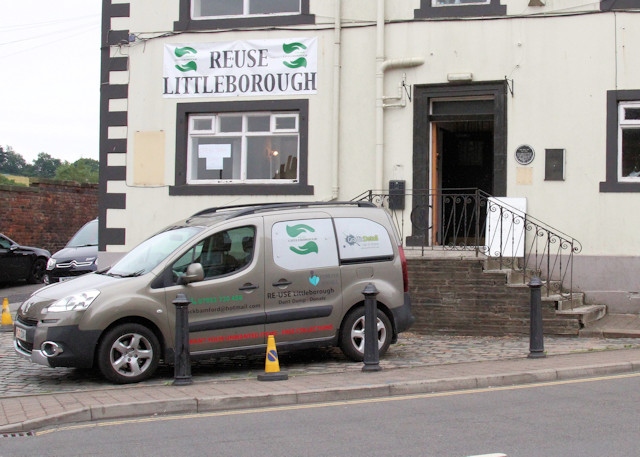 Community group Reuse Littleborough will be celebrating four years of hard work on Monday 21 October, keeping old items out of landfill to help others.

Launched in 2015, Reuse Littleborough started with an online post, asking for donations of unwanted baby items to send in a container to Forever Angels baby rescue home in Tanzania.

Founder Michael Bamford said: “10% of mothers in Tanzania die in childbirth, mainly due to malnutrition. The policy at the hospitals were to leave the baby without food or treatment and dispose of them.

“The people of Littleborough were magnificent and we loaded our container on the first weekend of February 2016.”

The donations consisted of clothes for babies, boys, and girls, toys, books, shoes, towels, nappies, blankets and lots of craft items, knitters made baby clothes and blankets and sewers made cot sheets from former hotel stock.

Michael added: “I was at the baby home when the container arrived in April 2016 and helped to unload and store all the boxes. The kids were well chuffed.”

The group then relaunched in June 2017, this time from a temporary base in Smallbridge.

Again, the organisation planned to fill a 40-foot container with life-changing donations. Members came on board in their droves and donations of unwanted baby and children’s items poured in, with the container shipping out in February 2018 to arrive in Mwanza that May.

Michael was once more on scene to help unload.

In 2018, there were more big changes for the group when the former Royal Oak Pub in the heart of Littleborough came up for lease.

“We spent nearly three years working part time out of two shops donated by RBH. When I returned from Africa in June last year, I noticed that the abandoned Royal Oak Pub in the centre of Littleborough was advertised for lease. After a chat with the landlord an agreement was struck,” Michael continued.

Reuse Littleborough again moved, reopening in the newly-dubbed ‘hub that was a pub’ on 2 August 2018.

Michael went on: “We ripped out the bar, took down some walls and built some others, and got rid of the smell of the gents’ toilets. The Mayor of Rochdale cut a cake and said some positive words as we opened.

“The people of Littleborough have been so generous and the quality of donations still amazes me.”

Since their move, Reuse Littleborough has continued with its parent and child resource centre for needy families supplying mothers with start-up packs for newborns, expanding to support the homeless, refugees, asylum seekers, women fleeing violence, FGM and lots of others identified by care workers, social workers, health visitors, midwives, Surestart and others.

Michael added: “Budgets have been withdrawn so they rely on us to fill the void. Masses of disabled items brought into the Hub were made available to anyone with a need, collection points were set up for the food bank, ink cartridges, batteries, stamps and we registered as a drop off for Terracycle, recycling crisp packets.”

He concluded: “On our first Hub anniversary in August, we donated cheques for £500 to six local groups that had little or no budget, paid for 500 tins of formula milk for the kids at Forever Angels and bought five sets of baby scales for the Maisha Matters program in Tanzania.

“Little ‘Pink’ Borough is in full swing and we are at the heart of it all; plans are afoot to support Remembrance Day and the run up to Christmas.”