You are Here: Home » News » News Headlines » Blooming marvellous as all four townships in the borough scoop gold awards 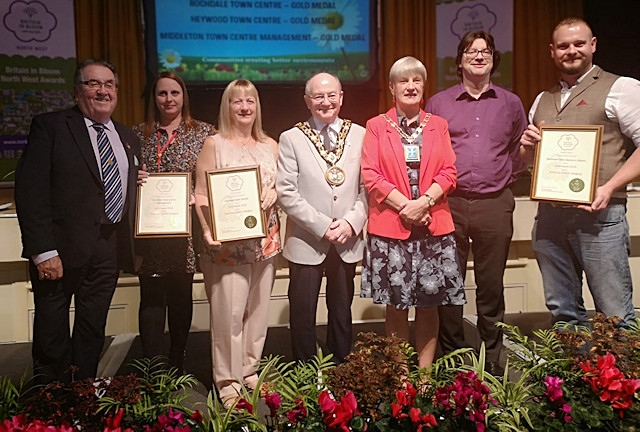 The borough of Rochdale is once again the best of the bunch after wowing judges at the North West in Bloom Awards with its stunning floral displays and picturesque parks.

The council and community volunteers scooped an incredible crop of 23 gold awards with its impressive horticultural haul contributing to a staggering tally of 37 awards for local townships.

A harvest of outstanding accolades included a number of gold medals for Rochdale, which was judged to be the best ‘small city’ and winner of the overall North West in Bloom trophy. 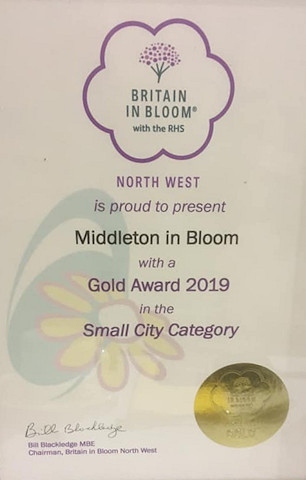 Middleton town centre also got in on the act, to claim a gold gong for the first time, and Jubilee Park was judged to be the best large park.

There were also awards for delightful displays at a number of local parks including Harehill Park, Queen’s Park, St Edward’s Primary School, and young resident Sarah Down won the ‘young bloomer of the year’ prize.

The judges were also dazzled by the Flying Horse Pub in Rochdale, which won the best small accommodation award, Springhill Hospice which scooped the best hospice grounds gong and Norden’s Jubilee Park which claimed gold in the best ‘pocket park’ category.

Councillor Neil Emmott, cabinet member for the environment, said: “This was another stunning triumph for our brilliant In Bloom groups. They are a credit to our borough. I am proud of their incredible haul of gold medals which underlines the time, effort and commitment they put in to ensure our borough is an attractive place to live, work and visit.

“Once again, we linked up with community groups, schools, residents’ groups and local businesses to help create real pride across local communities. It’s been a team effort and these awards make the hard work of our In Bloom teams worthwhile. I would like to thank everyone who played their part in this success story.

“We won’t be resting on our laurels and we will be going for gold again next year, underlining our 2020 vision for the borough.”