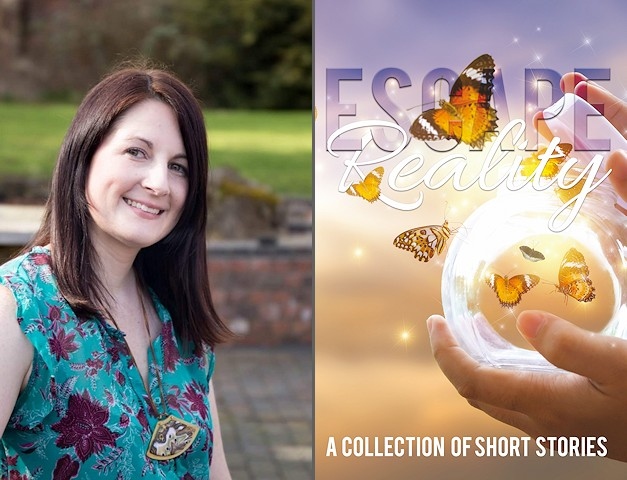 Rochdale hypnotherapist and author Tania Taylor has turned her hand to writing fiction, with the release of a collection of short stories.

Released on Monday 11 May, ‘Escape Reality’ is an author collective of 22 short stories, written to provide readers with escapism, and includes Tania’s contribution, ‘The Call’ – “an exhilarating thriller of mums on the run.”

Tania, of Milnrow, said: “I’m a huge fan of fiction but haven’t ever written fiction for publication until this opportunity arose.

“When Jen from Fuzzy Flamingo, who helped in the production of both of my earlier number one best sellers, said that she was looking for fiction writing volunteers, I jumped at the chance. It has been a brilliant experience and I’ve also had the pleasure of reading the other stories in the book which are just brilliant.”

Tania’s previous literary efforts, ‘Sparkling Moments’ and her contribution to the ‘Rise of the Mumpreneur’ collective, were released in 2019, published by Fuzzy Flamingo, and both went to number one.

‘Rise of the Mumpreneur’, details eight women’s real-life stories of overcoming terrible situations, whilst ‘Sparkling Moments’ is full of small but effective actions you can insert into your every day to help you boost your feel-good hormones.

After around two years in business, Tania has delivered workshops for a global organisation in Marbella, conducted local and international radio interviews, become a lecturer for the Clinical Hypnotherapy School, been shortlisted for five prestigious business awards and nominated for many more, including The Pride of Britain awards.

Tania already had a first-class honours degree in psychology from the University of Salford, before she made a decision to further her studies.

‘Escape Reality’ is available as a Kindle e-book, and paperback.