You are Here: Home » News » News Headlines » John Bright: Legacy of Rochdale’s radical social reformer ‘could be ripe for revival’ as debate continues over monuments to slave traders and imperialists

John Bright: Legacy of Rochdale’s radical social reformer ‘could be ripe for revival’ as debate continues over monuments to slave traders and imperialists 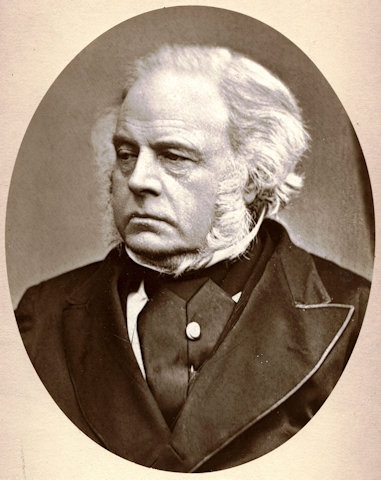 The toppling of slave trader Edward Colston’s statue in Bristol – and subsequent dunk in the city’s harbour – has sparked an angry debate about the nation’s monuments.

Oriel College, at Oxford University, wants to take down its controversial effigy of Cecil Rhodes, while there are also calls to get rid of tributes to the colonialist Robert Clive in London and Shrewsbury.

While councils across the country undertake reviews of their statues in the wake of anti-racism protests, sculptures of one historical Greater Manchester figure are unlikely to feature on any campaigner’s hitlist.

John Bright was a Rochdale mill owner and Liberal MP for Manchester between 1847 and 1857.

Perhaps best known for his role in abolishing the Corn Laws he was also famously anti-slavery and a profound influence on US president Abraham Lincoln.

In fact, such was his impact on Lincoln that a long-standing testimonial from Bright calling for his re-election was found in Lincoln’s pocket after his assassination.

Statues of him can be found at Rochdale’s Broadfield Park, Albert Square in Manchester, and Birmingham Museum and Art Gallery.

The Rochdale-born radical was a Quaker whose religious views shaped his pacifism and opposition to the slave trade.

He was said by historian AJP Taylor to have done ‘more than any other man’ to prevent Britain intervening on the side of the pro-slavery South during the American Civil War.

Dr Mike Brennan – a retired Rochdale history teacher who has studied Bright in depth – says his campaigning methods were threefold.

As might be expected given his reputation as a great orator, these included speeches as an MP and at large public events, as well as publishing his views in pamphlets and books.

“Also remember that accounts of his parliamentary work reached the pages of every local and national paper in the 19th century,” adds Dr Brennan.

“They provided ready-made copy and were a central feature of the news. In Rochdale there were two major papers at the time. The first was the Rochdale Observer, a liberal paper and the Rochdale Times, a Tory paper. The depths of the accounts depended on which of them was reporting!”

The cotton trade was hugely important to Lancashire during the 1860s and much of the county depended on the industry’s survival.

During the American Civil War, a naval blockade of Confederate ports caused a shortage of cotton supplies leading to mass unemployment, poverty and hardship.

But support for Abraham Lincoln – who pledged to end the Atlantic slave trade – and the North held firm among workers in the Rochdale area.

Rochdale’s loyalty to the North owed much to Bright’s speeches, but it was also to its liberal traditions and strong links to the Co-operative movement and Chartism.

In a letter to Republican senator Charles Sumner – through whom he made his connection with Lincoln – Bright wrote ‘our working-class is with you and against the South’.

Their support was made clear at the Manchester Free Trade Hall in December 1862, where workers who had been influenced by Bright, pledged their full support to the president.

Bright drew parallels with the oppression of black slaves in the United States and Britain’s working class, but his benevolence as an employer has been questioned.

Despite his reputation as a champion of the oppressed, Bright opposed factory legislation, trade unions and social reform, while workers at his mills lived in some of Rochdale’s worst slums.

“The conditions of all the mill workers was poor,” says Dr Brennan. “The population of the town rose from roughly 40,000 in 1801 to 120,000 in 1861 yet the housing occupied much the same boundaries. That is not to say that this was acceptable, but only when the town became a borough in 1856 was the town able to start to address these issues.”

He adds that one other factor clouds the issue. Rochdale was not just a cotton town, in fact just over half the mills were woollen.

“During the famine, the woollen mill workers did a lot to help the cotton mill workers. At the same time, the Bright’s were a family concern, and Thomas was the man in charge, and John was often absent, either in London or in Llandudno where they had a house and John spent a lot of time looking after his sick child.”

At the time of the Cotton Famine Bright advocated giving the poor loans, rather than donations, to help them and argued the same to the Poor Law Commissioners.

“It was a case of “The prophet is not without honour except in his own country,” says Dr Brennan. “He was proposed as the candidate for MP in Rochdale by the local Liberal Association in the 1840s but that was overruled and he was replaced by William Sharman Crawford, a very Radical MP endorsed by the Chartists.”

However, Bright was not indifferent to the suffering of his workers. In December 1862 he wrote to his friend Senator Charles Sumner asking, ‘if a few cargoes of flour could come, say 50,000 barrels, as a gift from persons in your Northern States to the Lancashire working men’.

But while his position as a mill owner may always have coloured people’s view of him in Rochdale, by the standards of his time he was far more compassionate than most.

“He was opposed to the concept of slavery which saw a person as a possession, not a human who could be bought, sold, and even killed within the laws as they stood at the time,” adds Dr Brennan.

“That was not the case with mill workers, and very few mill owners would have had a different view, even men like John Fielden, the Todmorden mill owner and factory reformer who was the MP for Oldham from 1832 till 1848.”

He is also criticised for his contrary stance on extending the vote – writing against women’s suffrage and refusing to join the more forward-thinking Chartists.

While known for siding with the oppressed, his values are difficult to assess, in part because of his religious beliefs.

“Charity was done quietly, using the old Gospel maxim of not letting the left hand know what the right was doing,” says Dr Brennan, whose research found Bright’s name rarely appeared in published contributions to the Cotton Famine Relief Fund.

However, neither did the names of any of the prominent citizens of the town, who generally kept their charity work quiet and did not want to enter a sort of ‘giving competition’. 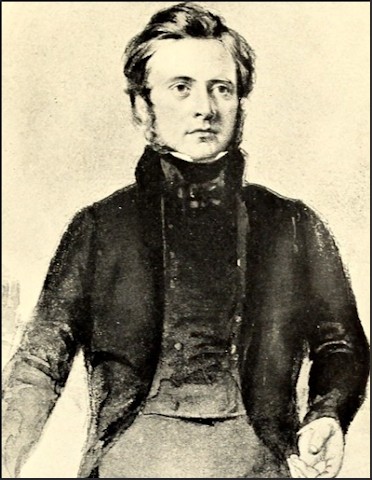 Born in 1811, John Bright inherited the family business with his two brothers Jacob and Thomas, following their father’s retirement, although it was the latter who ran the Fieldhouse mills. The family home was called Greenbank, where Greenbank Primary School is now.

Although he entered the cotton industry at 16, John was more politically minded, and cut his teeth both as a writer and speaker in the campaign against a church tax in Rochdale in the late 1830s.

His opponent was the Reverend William Hay, Vicar of Rochdale and the magistrate who read the Riot Act at Peterloo.

From there he moved on to the regional stage with speeches in Manchester becoming one of the main figures as the campaign built.

His friendship with Richard Cobden – with whom he formed the Anti-Corn Law League – comes from this time, and it was Bright who persuaded Cobden to stand as MP for Rochdale in the 1860s.

He was a committed pacifist and lost his seat as Manchester’s MP due to his stance on the Crimean War. His frustration over his failure to stop the conflict also triggered a severe nervous breakdown.

Within a few months of his defeat he was elected as MP for Birmingham, a position he held for the rest of his life.

Bright also served as MP for Durham between 1843 and 1847, prior to being MP for Manchester

While Bright served in William Gladstone’s cabinet, his descendent believes the ‘staggering amount’ he achieved during his lifetime may have been overlooked as he was never prime minister himself.

Speaking ahead of the book’s publication, Bill Cash said that Bright had won every campaign he fought – from the repeal of the Corn Laws to taking on the aristocracy in Ireland and pushing for fairer treatment in the colonies of India.

He also successfully agitated for Parliamentary reform and promoted free-trade and religious freedom, as well as coining phrases such as ‘flogging a dead horse’ and ‘England is the mother of all parliaments’.

Dr Brennan says while his place in the town’s history is assured, that particular claim is open to debate.

Thomas Livesey, another mill-owning radical could lay claim to that epithet – a lifelong Chartist whose funeral in 1864 was attended by the entire council and more than 40,000 members of the public.

He and Bright had a somewhat ambivalent relationship. Bright described him as a ‘diamond though somewhat rough cut’. And Livesey, when asked whether Bright should stand as MP, replied ‘Aye, if they can’t find anyone better’.

But in an era where debate is raging over monuments to slave traders and imperialists, could Bright’s legacy as a radical social reformer be ripe for a revival?

“Bright’s statue should stay because he put the town on the national and international map,” says Dr Brennan.

“He was a committed pacifist and utterly opposed to the institution of slavery. Livesey did the work in the town, Bright spoke outside.”

Dr Mike Brennan completed an MA in local history at the University of Leeds between 1988 and 1990, including a dissertation on the role of John Bright in Rochdale during the Cotton Famine.

His study on the development of local government in Rochdale, Oldham and Halifax in the first half of the 19th Century involved looking at Bright, Cobden, Cobbett and Fielden.

Dr Brennan is also a member of the Norden and District Historical Society.