You are Here: Home » News » News Headlines » Man arrested on suspicion of murder released without charge

Man arrested on suspicion of murder released without charge 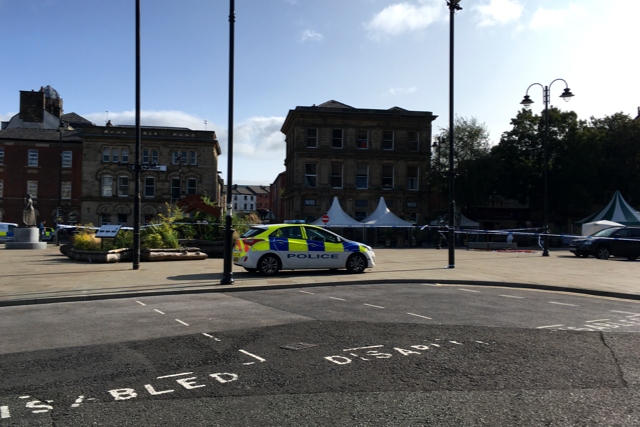 The scene on Packer Street

A 22-year-old man arrested on suspicion of murder, following the death of a man in Rochdale town centre on Sunday morning (20 September) has been released by police and faces no further action.

Police are continuing their investigation into the man's death, who was struck by a vehicle while lying in the road after being assaulted.

The victim's identity has not yet been confirmed by police.

At around 3.10am on Sunday 20 September 2020, police were called by the ambulance service responding to reports that a man was unconscious in a car park off The Esplanade, near Yates.

He was sadly pronounced dead at the scene.

Detectives have established that the victim was assaulted following a conversation with three men. He was left lying in the road. The men left the scene, walking towards Rochdale Memorial Gardens.

A short time later, the victim was hit by a passing vehicle. The driver of the vehicle stopped at the scene.

A 22-year-old man who was arrested on suspicion of murder has now been released and faces no further action.