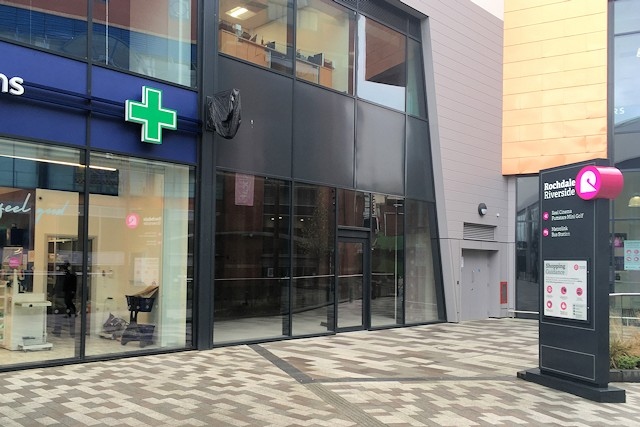 The unit next to Boots that Greggs will be occupying

British bakery chain Greggs is next in the line-up to join Rochdale Riverside in 2021.

Announced by Rochdale Borough Council on Wednesday (27 January), the popular eatery will be occupying a 1,000 sq ft unit between the already existing Boots and Reel cinema.

In addition to the usual takeaway offering, once it is safe, indoor and outdoor seating will also be available at the unit.

Specialising in savoury products such as bakes, sausage rolls, sandwiches and sweet items including donuts and vanilla slices, plus an extensive vegan range, Greggs was founded in 1939 by John Gregg.

It will join eateries Heavenly Desserts, Crust, and Loaded Burgers at the leisure and shopping development, which officially opened in Rochdale town centre in April 2020.

Greggs is due to open at Riverside later this year in spring.