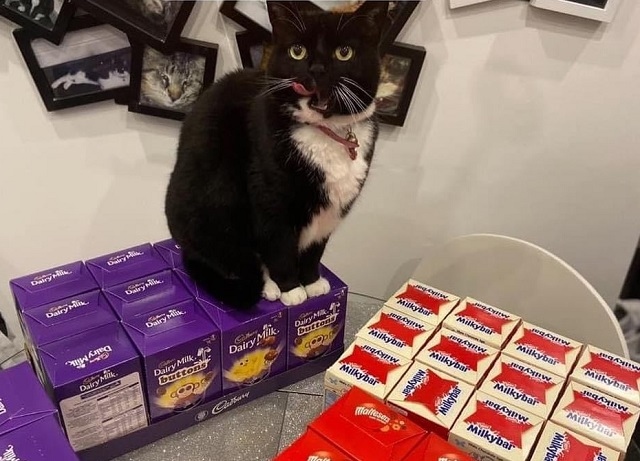 A cat who lives in the grounds of Fairfield Hospital has helped collect over 1,000 Easter Eggs for patients and staff at the hospital.

Rescue cat Spritzer, 11, has become a firm favourite at the hospital, where she spends her days visiting patients on the mental health ward, and documenting her adventures on social media.

After going missing one day five years ago, owner Heléna Abrahams – who has been leading the ‘Gizmo’s Legacy’ campaign for local authorities to check all cats killed or injured on the roads for a microchip - fit the tuxedo cat with a tracker – where it was discovered Spritzer was visiting the mental health ward at Fairfield, and staff and patients alike love her.

Heléna has even been contacted by parents of sick children, who have displayed Spritzer’s photo by their beds.

For several years, Heléna and Spritzer have used the kitty’s fame to collect Easter eggs for the hospital, collecting more eggs than ever this year.

Spritzer, who has had the support of Morrisons Heywood, Tesco Bury and Poundland Bury, even had donations from her followers in Australia.

One thousand chocolate eggs were delivered to the hospital on Thursday (1 April) with MP James Daly and members of Gizmo’s Legacy, with the remainder delivered to the mental health unit by Heléna and Spritzer on Friday (2 April).

Spritzer has had two books published about her adventures, and there are plans for a further two. 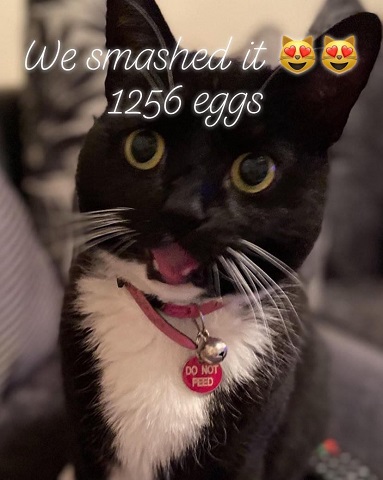