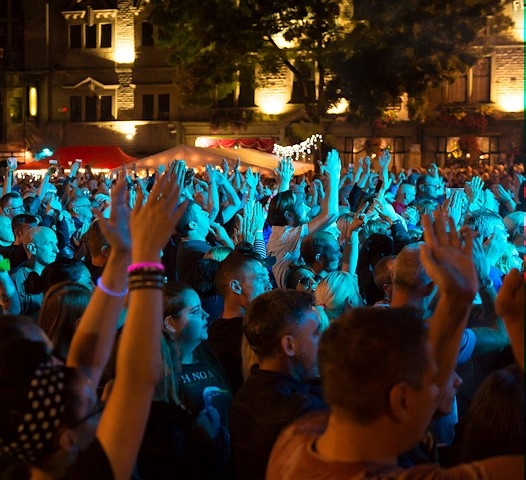 Tickets are now on sale for next summer’s Rochdale Feel Good Festival.

Scheduled for Saturday 13 August 2022, Rochdale Feel Good Festival will feature another showcase of top-class entertainment, food, and culture with live music across indoor venues and a main stage, plus quality food and drink.

Guitarist and singer/songwriter from Manchester, Aziz Ibrahim, is the latest act to be revealed. He will play the festival’s main stage as part of the one-day event.

The multi-talented musician has performed with artists including the Stone Roses, Simply Red and Asia, as well as co-writing and playing live with the likes of Ian Brown and Paul Weller, Rebel MC and Hot Chocolate. With a stellar career spanning over three decades, he’s also founded the Asian Blues Collective and toured with Pakistan based rock group ‘Overload.’

Councillor Sue Smith, cabinet member for communities and co-operation at Rochdale Borough Council, said: “We’re very pleased to finally get Aziz on our line-up. As well as touring the world with many acclaimed artists and bands, his solo work is superb too and he has won multiple awards and accolades for his contribution to the music industry. I know his live performances are amazing, so this is another one to look forward to.”

For the first time since the festival started in 2008, there is an entry fee for the next festival with tickets priced at £7.

You can purchase tickets in person at Touchstones Rochdale, Heywood Civic Centre and Middleton Arena or online at www.rochdalefeelgoodfestival.co.uk

The festival is funded by the council together with ticket sales and sponsorship from local businesses. If you would like to get involved with the festival, email events@rochdale.gov.uk