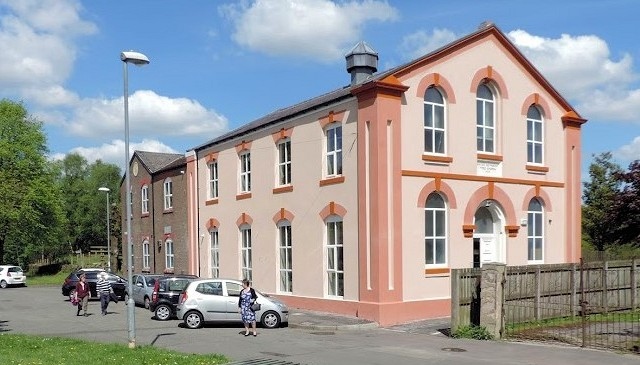 Syke Connexion, the new home of Syke Community Base

Multi-millionaire Hilary Devey – who gave away more than £130,000 to three Rochdale community projects on the Channel 4 show The Secret Millionaire – has sadly died, aged 65.

Hilary is understood to have died in Morocco on Saturday (11 June) after a long illness.

In 2008, the Bolton-born multi-millionaire owner of a successful haulage company went undercover for ten days in Falinge, where she gave away more than £130,000 to three community projects: the Backdoor Music Project, Syke Community Base and Syke FC. The volunteers at all groups were unaware of her fortune

Hilary got a job at the Hunters' Rest pub in Syke so that she could meet the people and uncover the projects that she would help with her money.

She gave £62,000 to the centre, following fears it may have had to close before Christmas that same year, plus a further £2,000 for volunteer manager Sheila Action to go on a well-earned holiday.

Hilary also gave £70,000 to the Backdoor Music Project, which provided training and facilities for young musicians to practise and for local youngsters to come and hear the bands play.

Members of the Syke Community Base have paid tribute to Ms Devey, whose donation allowed the base to keep going when it was at risk of closing.

“Hilary was the Secret Millionaire who came to Syke when Channel 4 filmed their popular programme there. Hilary donated £62,000 to enable them to stay open when they were at risk of closing.

“Her money gave Syke the opportunity to expand and grow, although the base has moved from where filming took place, it still continues to thrive and grow.

“She will be sadly missed by many.”